Making Sure Your E-signatures Are Legal Worldwide 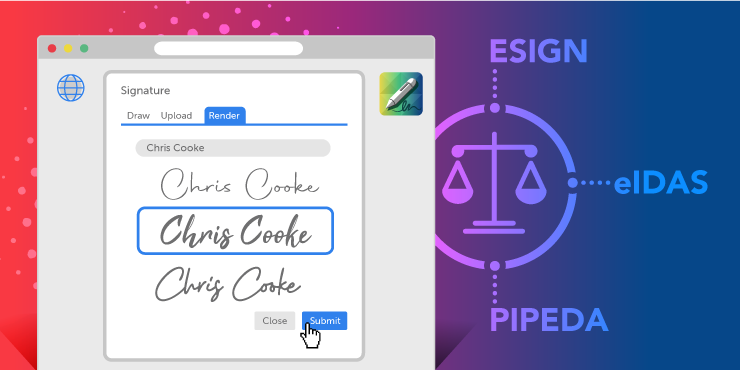 Making Sure Your E-signatures Are Legal Worldwide

Electronic signatures have been in use since around 2000, and their legal standing was also defined in various statutes. These signatures were considered a strategic asset as they allowed for more flexibility between the parties involved.

When lockdowns came, electronic signatures turned from being an asset into a necessity. A survey conducted by airSlate showed an increase of about 50% in the use of e-signatures in 2020. As of this writing, many businesses and individuals still use e-signatures in their transactions.

In our current state where many businesses transitioned to remote or hybrid workplaces either temporarily or permanently, the importance of getting into binding agreements online is on the rise. However, many are still concerned about whether these e-signatures are legal, safe and valid in all the places covered in the contracts. In this guide, we will address these concerns. We've put together a useful guide that addresses the legality of e-signatures in certain places or jurisdictions. We've also briefly covered how to make international agreements in Confluence and Jira.

With prescriptive laws, e-signatures will only be recognized if it follows specific laws governing them. These laws are the strictest and most difficult to comply with because they require the right technology or software. Prescriptive laws are the rarest type of e-signature law, and they are enforced in India, Malaysia, Brazil and Israel among other countries.

The European Union along with South Korea, China and Thailand adopted the two-tier approach with the eIDAS regulation

Many people use the term electronic and digital interchangeably. However, when it comes to electronic signatures and Digital signatures, there is a major difference between these two.

In most cases, electronic signatures suffice.

E-signature laws around the world

E-signature law in the US (Standard: Permissive)

The Electronic Identification, Authentication, and Trust Services (eIDAS) is the regulation that governs e-signatures in all 27 EU member states. This regulation sets out the criteria for what is considered a “qualified electronic signature,” which has equivalent evidentiary value to a handwritten signature.

These criteria for qualified electronic signature are:

Digital signatures come under the umbrella of qualified electronic signatures as they use the PKI technology which satisfies the three criteria.

Are most e-signature tools legal worldwide?

Yes, most countries recognize the legality of e-signatures. Countries can either have permissive, prescriptive, or two-tier laws, all of which recognize e-signatures. This is important for Confluence or Jira users because if you want to complete legal contracts in these platforms, you could simply use the Contract Signatures for Confluence or Contract Signatures for Jira apps which will ensure that your e-signature will be legal and valid in most jurisdictions.

Contract Signatures ‘seals’ in documents and protect them against tampering. In Confluence or Jira, you also get an audit certification which includes important information such as timestamps, the IP address of the device used, and other information that will confirm the identity of the person who affixed the signature. There is also a link that verifies the authenticity of the signed contract.