YouTube has run the numbers and discovered what greeting its vloggers most use to open videos: “Hey, guys.” Those findings may not be surprising if you’ve watched a lot of YouTube, but the report actually shows a lot more, including what the runners-up are, how greetings have changed in popularity over time, and how video genre affects the most common openings. Let’s just jump into it!

To get these findings, YouTube did quite a bit of data analysis, looking at the auto- and creator-generated captions from over a million videos. YouTube picked videos that had over 20,000 views from channels that had over 20,000 subscribers, so it is worth noting that the results are more reflective of how relatively popular videos open, rather than of every single video on the platform.

The runners-up have changed over time, but “Hey, guys” has always been dominant.

YouTube also breaks down how creators of different genres open their videos. For example, sports videos are way more likely to start with “What’s going on?” while travel videos start with a “Good morning” 9 percent of the time. “Hey, guys” comes in second for opening tech videos, with “Ladies and gentlemen” barely edging it out (though I do prefer Tom Scott’s “Ladies, gentlemen, and all in between”). 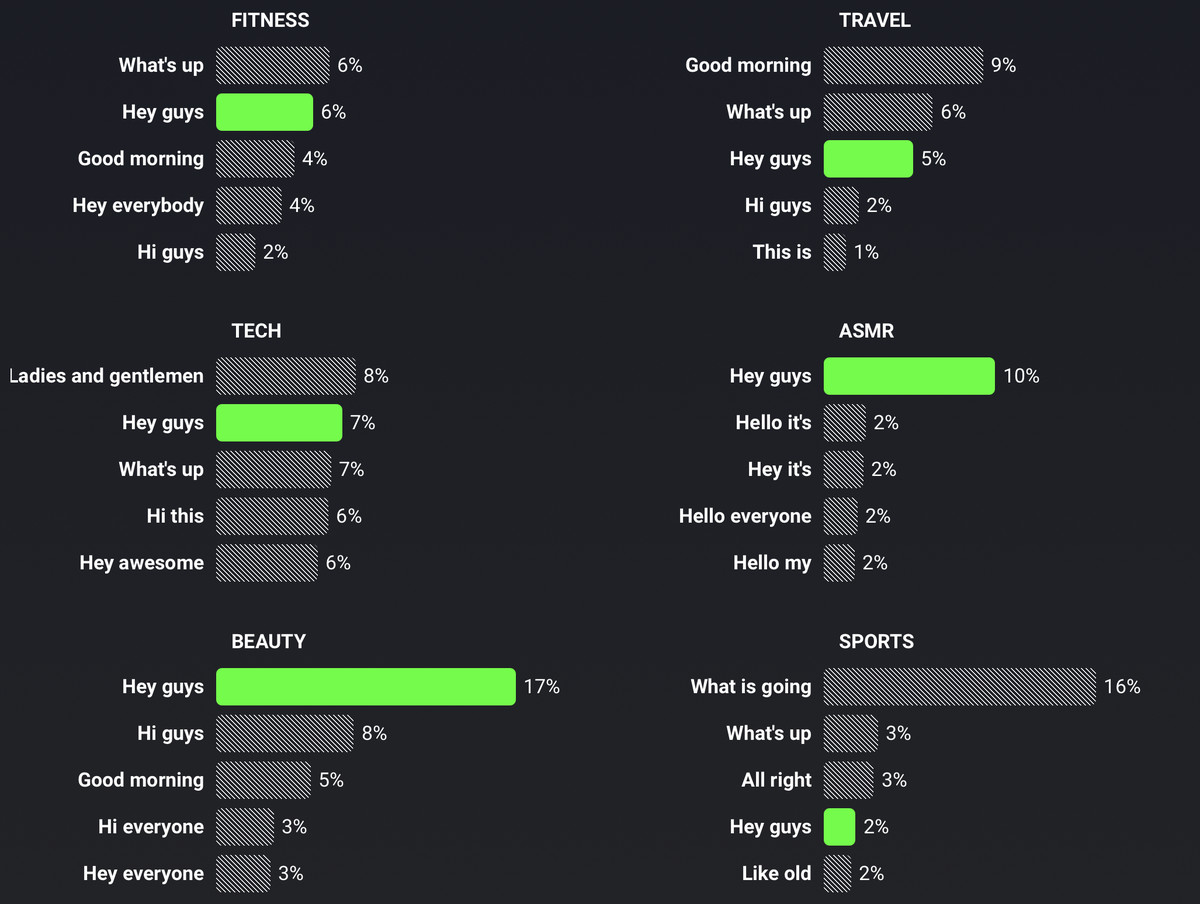 There sure are some outliers here.

The article also takes a look at international greetings from Brazilian, French, German, and Mexican creators. Surprisingly, only one has a phrase in the top spot that translates to “Hey, guys,” making it seem like more of an English-speaking opening than a global one.

“Coucou tout le monde” is how I’m greeting everyone from now on.

To play around with the interactive timeline of greetings for yourself (and get a look at some famous channel openings from the infamous “Hey VSauce, Michael here” to “What’s up, Greg?”), you can head over to YouTube’s article. Perhaps it’ll do a breakdown of how people end their videos next so I can get a good idea of how I should be ending these blog posts.

At $299, DJI’s leaked Mini SE might be its most affordable drone yet

Godzilla Vs. Kong Just Had A Massive Opening Weekend, Igniting Hopes For More From The...

One Punch Man Season 3- Release date,Plot and all the major updates you need to...

Every Major Spider-Man: No Way Home Rumor (And How Likely They Are To Be True)