Lenovo’s next gaming phone leaked earlier this week, but now the company is officially sharing details about the new device, called the Legion Phone Duel 2. It’s a beast in every way — with a 6.92-inch screen, this is a gigantic phone that houses two batteries, two USB-C ports, and two actual spinning fans, as well as a camera bump that makes us slightly regret we already used the “that’s no moon; it’s a space station” joke on the Xiaomi Mi 11 Ultra.

Some of its features are carryovers from Lenovo’s original Android gaming phone, the Legion Phone Duel, including the twin USB-C ports and a pop-up selfie camera designed for streamers. Like the original Duel, Lenovo also maintains the unusual choice of centering the phone’s other two cameras around back, but now that raised camera bump houses a prominent intake fan and a hidden exhaust fan, each with their own vents. Lenovo says the split design keeps the heat away from your hands.

Those fans, alongside a vapor chamber, help the Duel 2 funnel cool air to and from the new Snapdragon 888 processor, up to 18GB of LPDDR5 RAM, and up to 512GB of UFS3.1 storage. It runs on Lenovo’s ZUI 12.5, which the company says is based on Android 11.

The Duel 2 comes in either “Titanium White” or “Ultimate Black”, but really it’s the camera bump, Legion logo, and fan hole that make the Duel 2 look like nothing else on the market — except, perhaps, the Asus ROG Phone 5 Ultimate with its unusual rear screen and optional fan attachment snapped on. Lenovo doesn’t mention in its announcement whether the Dual 2’s colorful back design is lit with a customizable light, but even without the glow, it seems ready to take up space on someone’s desk alongside a RGB-lit gaming PC.

On the front, the Duel 2 features a 2,460 x 1,080 144Hz high-refresh rate OLED display with 800 nits of brightness (1300 nits at maximum), which should be more than bright enough for outdoor play. It’s also physically larger than its predecessor at 6.92 inches, up from a 6.65-inch display. Viewing the screen in landscape, the Duel 2’s pop-up 44-megapixel selfie camera (up from 20 megapixels) can be used for live streaming or video chats, just like the original Duel, with background removal. There’s still a 64-megapixel main camera around back, as well as a 16-megapixel ultrawide.

The Dual’s two USB-C ports — one on the long side of the phone and one on the bottom — can be used for 90W fast charging if you buy an optional adapter, and Lenovo claims using them simultaneously can fill the phone’s two separate 2,750 mAh batteries in 30 minutes. Using two cables to charge a phone at once is sort of a funny image, but those kinds of considerations go out the window when you buy a Legion Phone Duel 2. 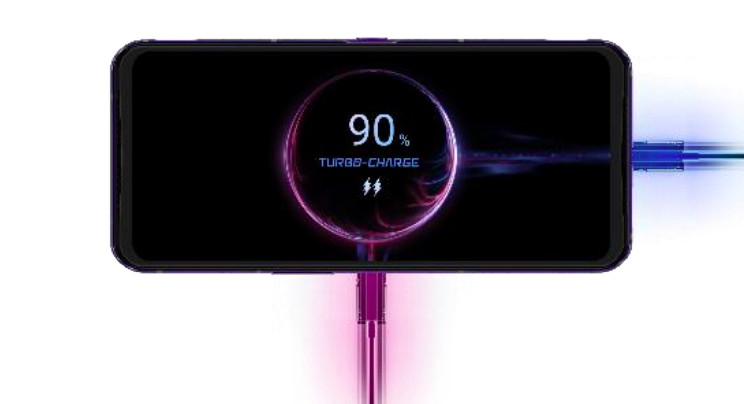 Nothing unusual about this.

Lenovo says a full charge should give you “up to 8 hours” of “intermittent gameplay.”

The Duel 2 comes with 5G connectivity, in this case with support for both sub-6GHz and mmWave spectrum, theoretically in service of faster video and game streaming, and supports dual-SIM for two connections at once. To recreate some of the experience of using a controller while you play, the Duel 2 also features four “shoulder” buttons enabled through haptic feedback and ultrasonic sensors on the sides of the phone, two capacitive touch points on the back, and two force touch points in the display. (Haptics are provided by a pair of linear motors, another place where Lenovo decided one was insufficient.)

There are even more specs to pour over, so if you’d like the full picture we’d recommend digging into Lenovo’s spec sheet: 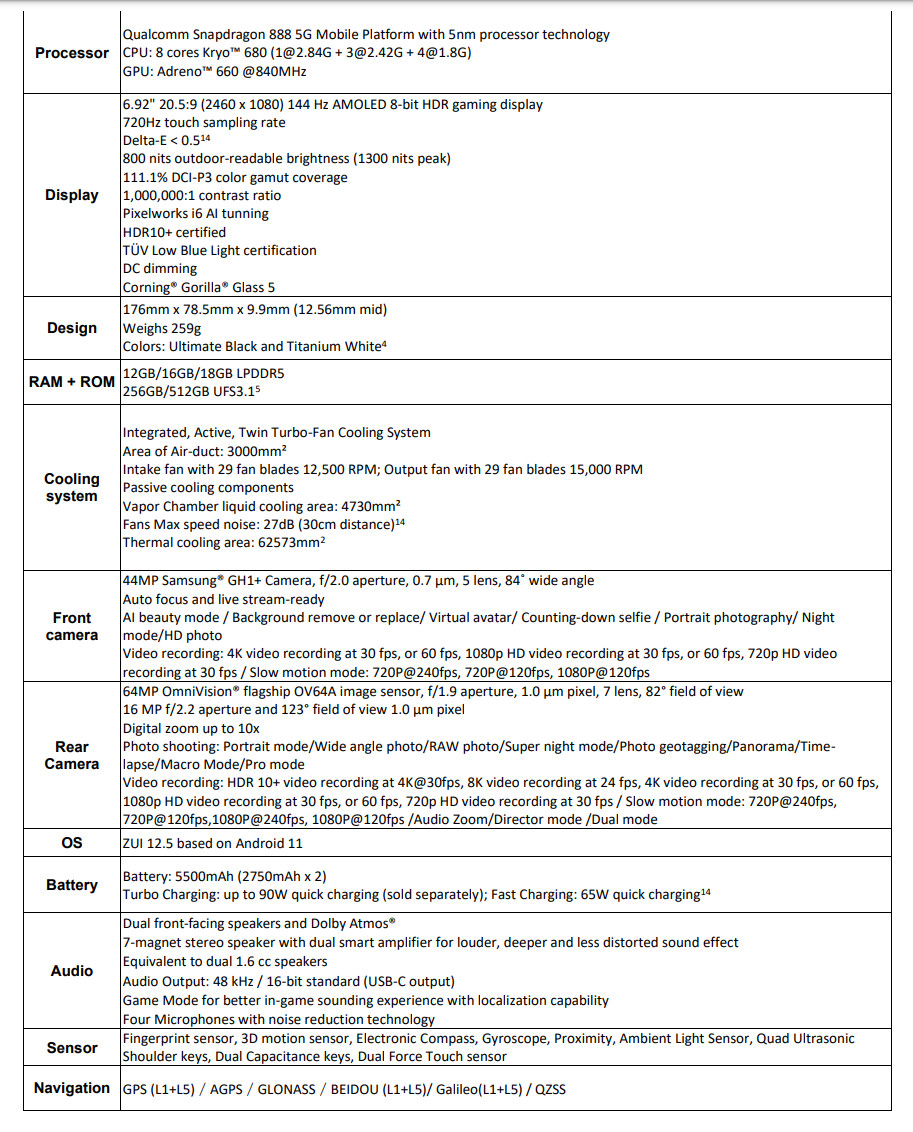 As a whole package, the Duel 2 shares more than a few similarities with its competitors. The Asus ROG 5 Ultimate also has multiple USB-C ports, a unique method for simulating extra button inputs, Qualcomm’s Snapdragon 888 processor, and an optional clip-on cooling fan. The Xiaomi Black Shark 4 Pro has even fancier magnetically lifting physical buttons and an optional fan accessory as well. And some gaming phones have had built-in fans in the past: look no further than the Nubia Red Magic 3 for a device with extra cooling from the get-go.

As with many gaming phones, the important question may be availability. Currently, Lenovo plans to release the Lenovo Legion Phone Duel 2 in China this month, and it should come to Europe later in May. The European model will retail for €999 (around $1,186) with 16GB of RAM, 512GB of storage and a bundled charging dock, or €799 (around $948) as a standalone phone with 12GB and 256GB respectively.

Lenovo hasn’t yet announced if the Duel 2 will come to the US.

How The Face/Off Sequel Will Benefit From Godzilla Vs. Kong

Thor 4 Is Already Filming Without WandaVision’s Kat Dennings, But She Reveals There’s More In...

The Kick-Back Couch – Love Will Keep Us Together