Atari, the corporate entity / brand of Theseus, has just made around $110,000 by selling —you guessed it — NFTs (shout out to Ars Technica for doing the math). The tokens in question are 3D models of the Atari 2600 game cartridge for Centipede — 10 of them black, 100 of them red.

The NFTs are being sold as part of the Atari Capsule Collection — which is basically a bunch of Centipede and Pong-themed NFTs being sold by the company that now owns the Atari brand. The company and its intellectual property have been bought and sold so many times it’s almost hard to keep track, but the current incarnation of it is mainly known for trying to build hotels and struggling to make a game console.

As jaded as I am, I can admit that there’s at least one interesting part of Atari’s NFT offerings: the Flagship Centipede. According to the company, the NFT part is just another 3D model, but the first person to buy it will get a a real-life, original and restored Centipede arcade cabinet. But if the regular NFTs that just included a 3D model were selling for thousands of dollars, I don’t even want to think about how much that one will sell for. 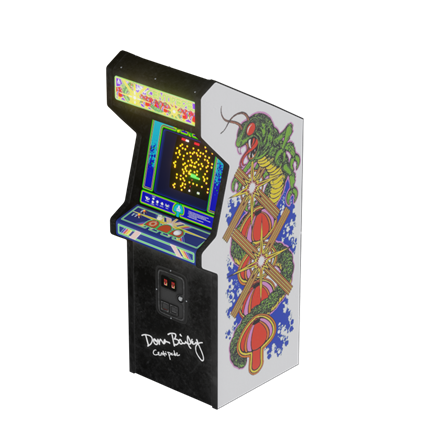 The Flagship Centipede NFT, digitally signed by the game’s creator. I wonder if she’ll get any of the money from the sale.

We talk about NFTs a lot, often as collectors’ items, but these ones are particularly baffling — they sold from $180.78 to over $16,000. As Ars points out that if you wanted to get a real Centipede 2600 cartridge, with the box, manual, and everything, you could go to eBay and spend $30 (or $53 if you want it sealed). Collector-grade versions of the game have recently sold for around $500, and auctions for them start in that territory too. Even original Centipede arcade cabinets cost less than some of these NFTs.

If the point is to feel like you own something, that you’ve collected it, which would give you more of that feeling: an NFT or a copy of the actual game? The NFT would give you an entry on the blockchain, certifying that you own a 3D model (which is identical to all the other versions), but a physical cartridge can be displayed on a shelf or actually played. And that’s not even considering the physical versions that have history — you could always try to track down one of the versions of the game that Atari buried in the desert back in 1983. They’ve sold on eBay before for around $600, and come with an origin story that can’t really be matched by an NFT.

And if you needed one more reason why you should save your money and just buy a physical copy of Centipede, here’s the kicker: those were made by the actual, original Atari, not the corporate entity that happens to own its name these days.

Marvel Runaway to have Season 4 or is Netflix actually ending the series? Why and...