Tom Brady steered the Tampa Bay Buccaneers to a comfortable 31-9 victory over the Kansas City Chiefs to extend his record for Super Bowl wins to seven.

In his first season after a glittering 20-year stint with the New England Patriots, the evergreen quarterback helped Tampa Bay become the first team to play a Super Bowl in their own stadium.

And despite playing Kansas City and their dynamic young quarterback Patrick Mahomes, who came in as favourites, Brady threw three touchdown passes to prevent the Chiefs becoming the first back-to-back NFL champions since Brady and the Patriots in the 2004 season.

At 43 years and 188 days, Brady became the oldest player to play in the biggest game in US sport, extending his record for Super Bowl appearances to 10 and joining Peyton Manning as the only quarterback to win Super Bowls with two different teams.

Already widely considered the greatest NFL player of all time, Brady decided to leave New England in the off-season for a new challenge and was lured to Tampa Bay, whose only previous Super Bowl win came in the 2002 season.

He reportedly told the Bucs he wanted them to bring in former Patriots team-mates Rob Gronkowski and Antonio Brown, as well as Leonard Fournette, and the trio shared Tampa Bay’s four touchdowns as they eased home after leading 21-6 at half-time.

While the Chiefs came into the post-season as the top seed in the AFC Conference, Tampa Bay were the NFC’s sixth seed and became the first wildcard team to win a Super Bowl since the Green Bay Packers 10 years ago after a remarkable play-off run.

After losing to the Chiefs in week 12, the Bucs finished the regular season with four wins before beating three division winners – on the road – to reach the title decider for just the second time. 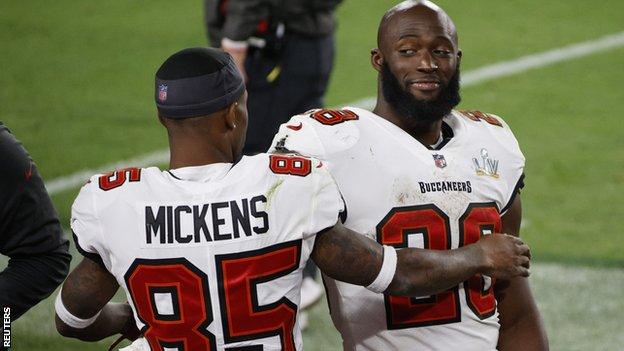 While at New England, Brady formed the NFL’s most successful quarterback-coach partnership with Bill Belichick, and when he left, some felt that Belichick deserved more of the credit, that Brady would get ‘found out’ without him.

But the Patriots endured their first losing season since 2000 – the year before Brady became their starting QB – while Brady has won another Super Bowl, with a team he joined during a pandemic, after a heavily disrupted off-season with no pre-season games.

It was also a team that, before this season, had not won a play-off game since winning Super Bowl 37. They had not reached the post-season at all since 2007.

But Brady recognised they were gradually building a competitive roster. They had a solid defence that would protect him in the pocket and two of the NFL’s best receivers in Mike Evans and Chris Godwin.

During Super Bowl week, coach Bruce Arians said Brady was “the missing piece”. For good measure, they lured Gronkowski out of retirement, gave Brown another chance and picked up free agent Fournette.

All have come to the fore as the Bucs ramped up for an unlikely run at the Super Bowl and after Kansas City opened the scoring with a field goal, Brady found Brown twice on the next drive before sending tight end Gronkowski over with a screen pass.

The pair combined to devastating effect at New England before Gronkowski retired after winning Super Bowl 53 with Brady and the Patriots. The 31-year-old had a brief stint in WWE and television during his time out. But after easing back into the rigours of the NFL with seven touchdowns during the regular season, he caught a 17-yard strike by Brady for his second of Super Bowl 55.

The Chiefs finally got some offence going to reply with a field goal but left 64 seconds for Tampa Bay to score before the half, and Brady completed a 71-yard drive by finding Brown in the end zone.

Kansas City rallied at the start of the second half and cut the deficit with another field goal, but the Bucs continued to dominate on both sides of the ball, stifling the NFL’s best offence.

And Brady found Gronkowski for another big play before Fournette burst through for a 27-yard touchdown to seal a victory which many dreamed of in Tampa when Brady came aboard, but few would have thought was possible.

The Weeknd makes most of Covid restrictions 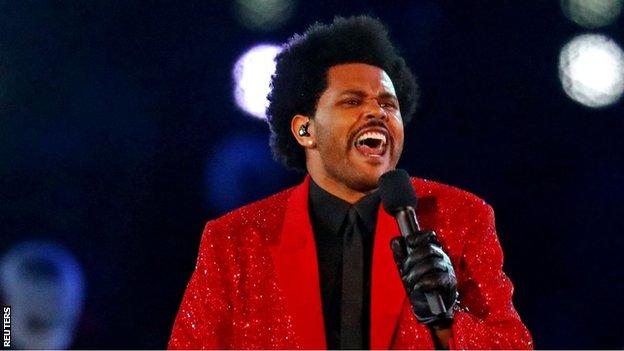 Think about Lady Gaga diving off the roof of Houston’s NRG stadium, or Katy Perry riding an animatronic lion, or Diana Ross soaring out of Arizona’s Sun Devil Stadium, waving to fans through the open door of a helicopter.

This year was a little different. Canadian R&B star The Weeknd was the interval act and, for the first time in the game’s 55-year history, he was largely forced to perform from the stands, rather than the pitch, in compliance with strict coronavirus protocols.

And his 12-minute show was “watched” by thousands of cardboard cut-outs, who bulked out the 25,000 socially-distanced fans.

But the 30-year-old made the most of the restrictions with a gimmick-free show that put the emphasis on his songs.

Happiest Season Ending: How Aubrey Plaza Feels About How She And Kristen Stewart’s Characters Ended

How To Watch The 2020 Horror Movie Host Streaming

TCL details the first of five 20-series phones: the affordable 20 5G and 20 SE

Feathers and Female Power: The Costumes of Carnival