The $199 GTW 270 Hybrid earbuds from audio company EPOS are, to my knowledge, the first truly wireless earbuds made for gaming — but the buds themselves aren’t the biggest selling point. The USB-C Bluetooth receiver that comes with the earbuds gets that distinction.

It’s much more compact than the standard flash drive-sized USB dongles included with many headsets. It’s more capable, too, operating with the aptX low latency (aptX LL) codec that delivers good-sounding audio with no perceivable lag. Using the receiver, the GTW 270 Hybrid can be especially great for fast-paced games where sound cues count for success; but really, it’s nice to have for any title.

However, there is one problem: the microphones don’t work when you’re listening to audio via the USB-C receiver. (The earbuds’ built-in microphones do work, however, when they’re paired to a device via Bluetooth.)

Here’s the star of the show.

This falls more on the technical limitations of aptX than EPOS’s decision-making. In an effort to prioritize bandwidth for sound quality and responsiveness, only the playback channel is active when you’re listening using the USB-C dongle. That’s a potential deal-breaker for some gamers who might want to be able to jump into a voice chat with friends on their consoles. But to EPOS’s credit, the latency between the dongle and the earphones really does seem nonexistent.

These gunmetal-colored buds have a simple, understated design so that they don’t poke out too much from your ear. They aren’t too heavy, and the fit is comfortable, thanks to swappable silicone ear tips that help to get a good seal in your ear. As for controls, they have just a single multifunction button that handles pausing and resuming music, changing tracks, as well as picking up phone calls. In other words, without the USB-C dongle, these aren’t that special. (EPOS does make a $169 version sans dongle.) For general use — such as phone calls or music — you can get more by spending less if you check out some of the options in my colleague Chris Welch’s affordable wireless earbud buying guide. 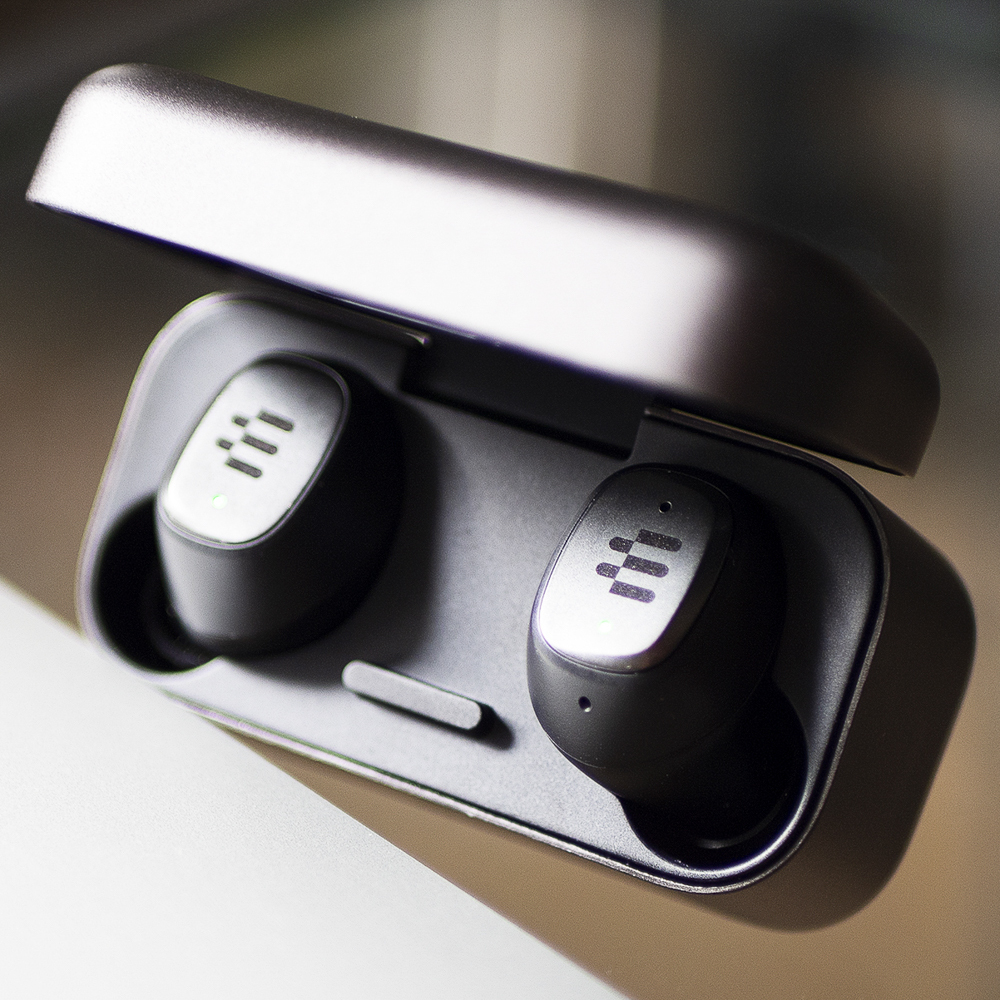 Outside of gaming, these earbuds can be used like any other wireless set to connect to your phone, tablet, or laptop via Bluetooth. They support Bluetooth 5.1 (with the SBC or aptX codec, depending on the device you connect to) for music, videos, games, and phone calls, and EPOS says you can pair them with up to eight devices. Pairing is done by holding down the button on the charging case. 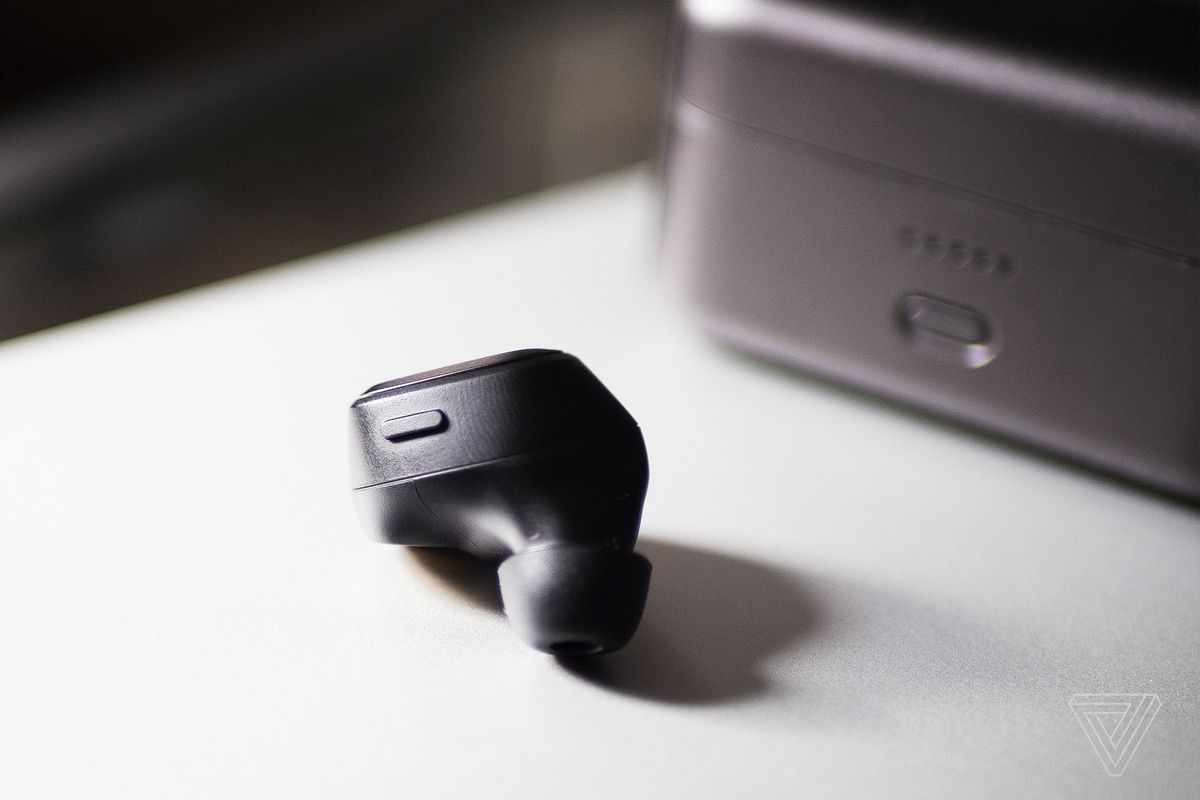 The GTW 270 Hybrid’s only button is on the left earbud.

Speaking of the charging case: it has an all-metal design that’s unfortunately very easy to scratch. It charges via USB-C; with a full charge, EPOS says it can deliver up to 15 hours of extra battery life to the earphones. During the review period, the GTW 270 Hybrid earbuds made it to the five-hour mark for battery life, which matches the company’s claim. And if you’re someone who goes on the occasional sweaty jog or just doesn’t want to get caught in the rain, these are IPX5 water resistant.

I’ve spent the past few weeks using the earbuds to play games alternately on my PS5, my Switch, and my work laptop several times each day. (In case you’re curious, there’s an adapter included that lets you plug the dongle into a device that has USB Type-A ports.) The GTW 270 Hybrid works like any wireless gaming headset, but the truly wireless form factor has some obvious advantages. I like that they let me move around uninhibited by wires, and using them doesn’t isolate me (or mess up my hair) as much as bulky over-ear cans. The receiver is pre-paired to the buds, and they connect almost instantly. 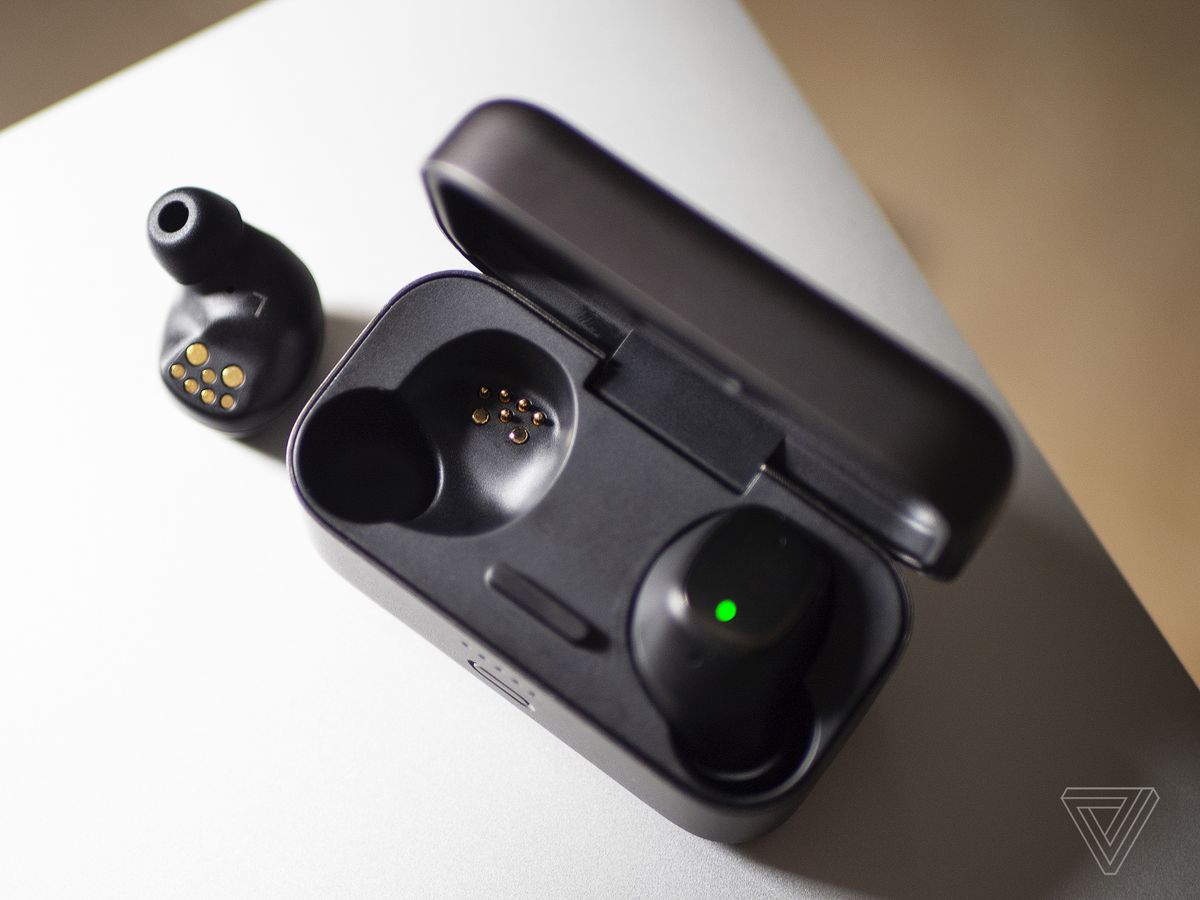 Each earbud charges via contact points, and the LEDs indicate remaining battery life.

I also love the convenience of being able to use just the right earbud (the right one controls the Bluetooth transmission, so listening through the left earbud alone doesn’t work), so I can keep an ear available to listen for packages being dropped off. This, of course, is nothing new for people who already use truly wireless earbuds. It just feels new to experience this freedom with a gaming headset.

I sampled the Demon’s Souls remake, 2018’s God of War, Ring Fit Adventure, and Ghost of Tsushima, along with a few other games, during the review period. While they don’t have the widest soundstage or the clearest frequency separation I’ve heard for listening to music, they shine with game audio — in particular, with surround sound effects and bass delivery. The overall sound quality isn’t explosively robust, and there’s a limit to how immersive the surround sound effects can be, given the earbuds’ small drivers. But the sound isn’t too compromised. Unless you’re a hardcore gamer who needs to hear every detail in crystal-clear presentation, these will likely suit you. 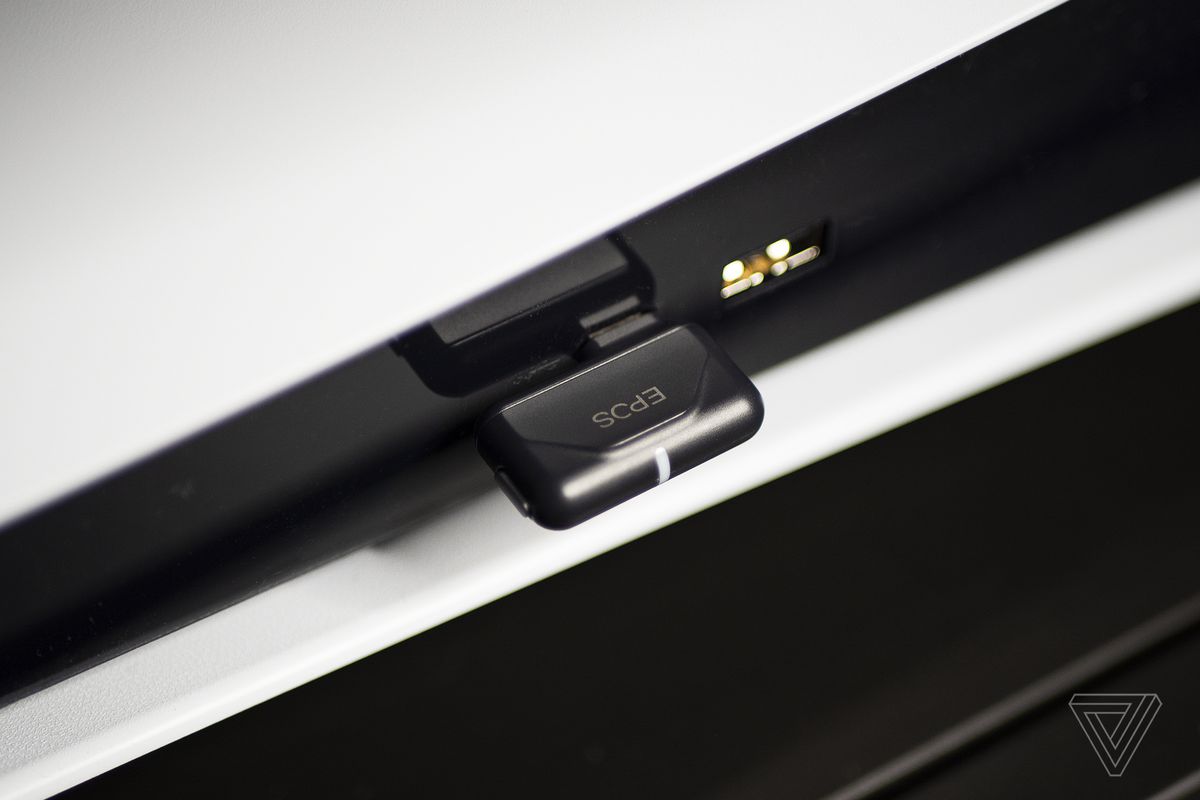 These work gloriously with the PS5 as well as the Switch. A USB-C to USB Type-A adapter is included to expand compatibility.

The GTW 270 Hybrid would be very close to ideal if the microphones worked while connected using the USB-C dongle. Alas, they don’t, so using the dongle will be next to useless for those who frequently play multiplayer games with friends. (It’s a slightly different story if you play lots of single-player games and don’t mind not having a microphone for gaming.) Since the earbuds are not all that useful for gaming without the dongle, that means you’re making a big compromise, and it’s one that none of the best gaming headsets I’ve tested (most of which are cheaper than this) ask you to make. It’s your choice.

Photography by Cameron Faulkner / The Verge

Marvel, DC, and Comixology: a guide to digital comics

Zelda: Breath of The Wild 2 release date, update news and trailer: The Legend of...