You may have seen the many memes of Sen. Bernie Sanders sitting at President Joe Biden’s inauguration (we even did a rundown of the best ones), but now there’s a website that lets you easily drop Bernie and his chair all over the world with the help of Google Maps’ Street View (via Android Central). Simply put in a location or address in the website, and after one button click, you’ll have an image of Bernie sitting wherever you specified.

The site, made by NYU masters student Nick Sawhney, is pretty bare-bones, and it’s not exactly fast — though the fact that it’s getting a lot of traffic could be partially to blame. As you can imagine, there are a lot of people, like me, using it for shenanigans.

Here are a couple of examples Sawhney made:

And here are the results of me goofing around with the site for an embarrassing amount of time:

Bernie’s taking a break after Rocky-running up the stairs. 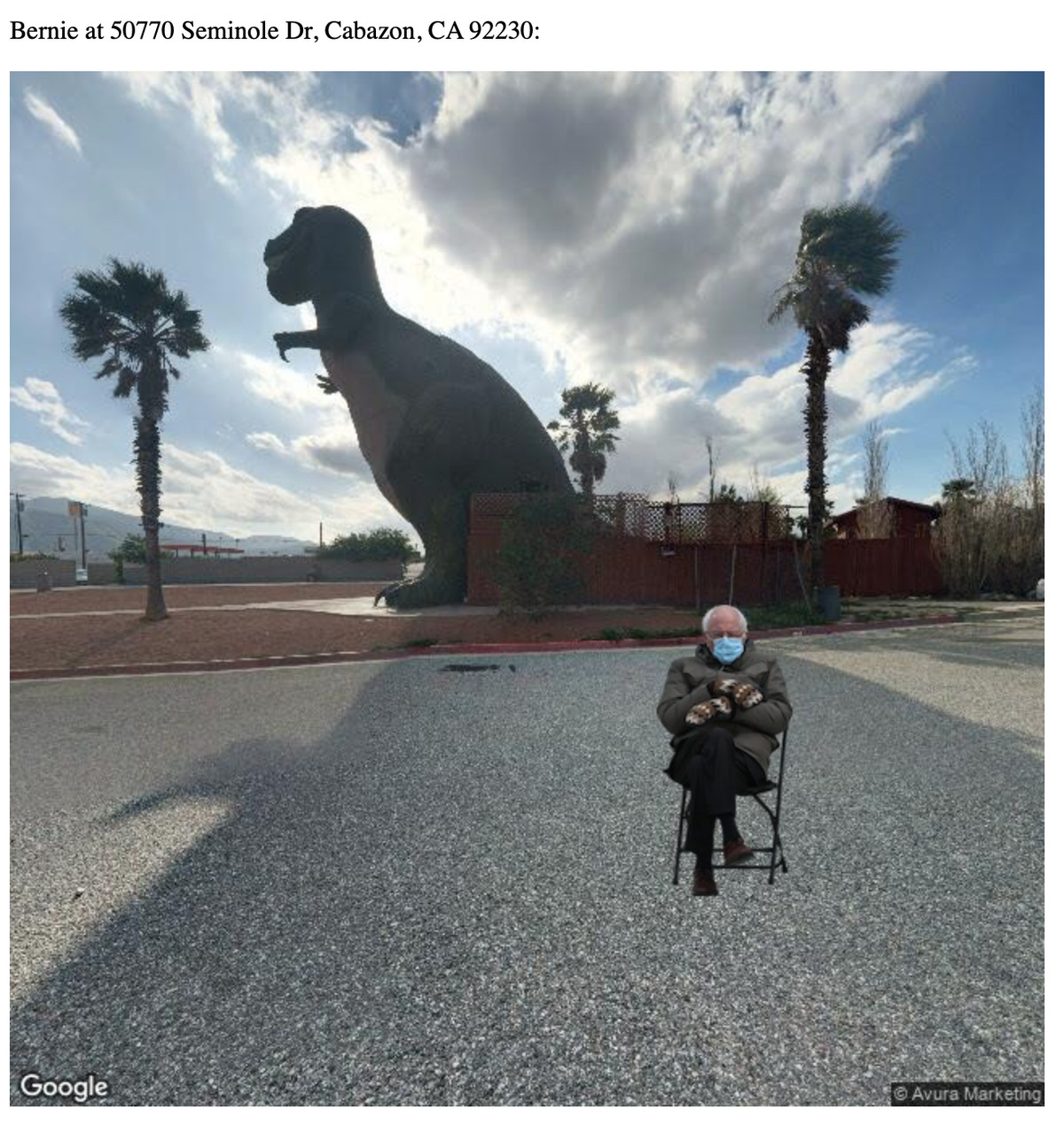 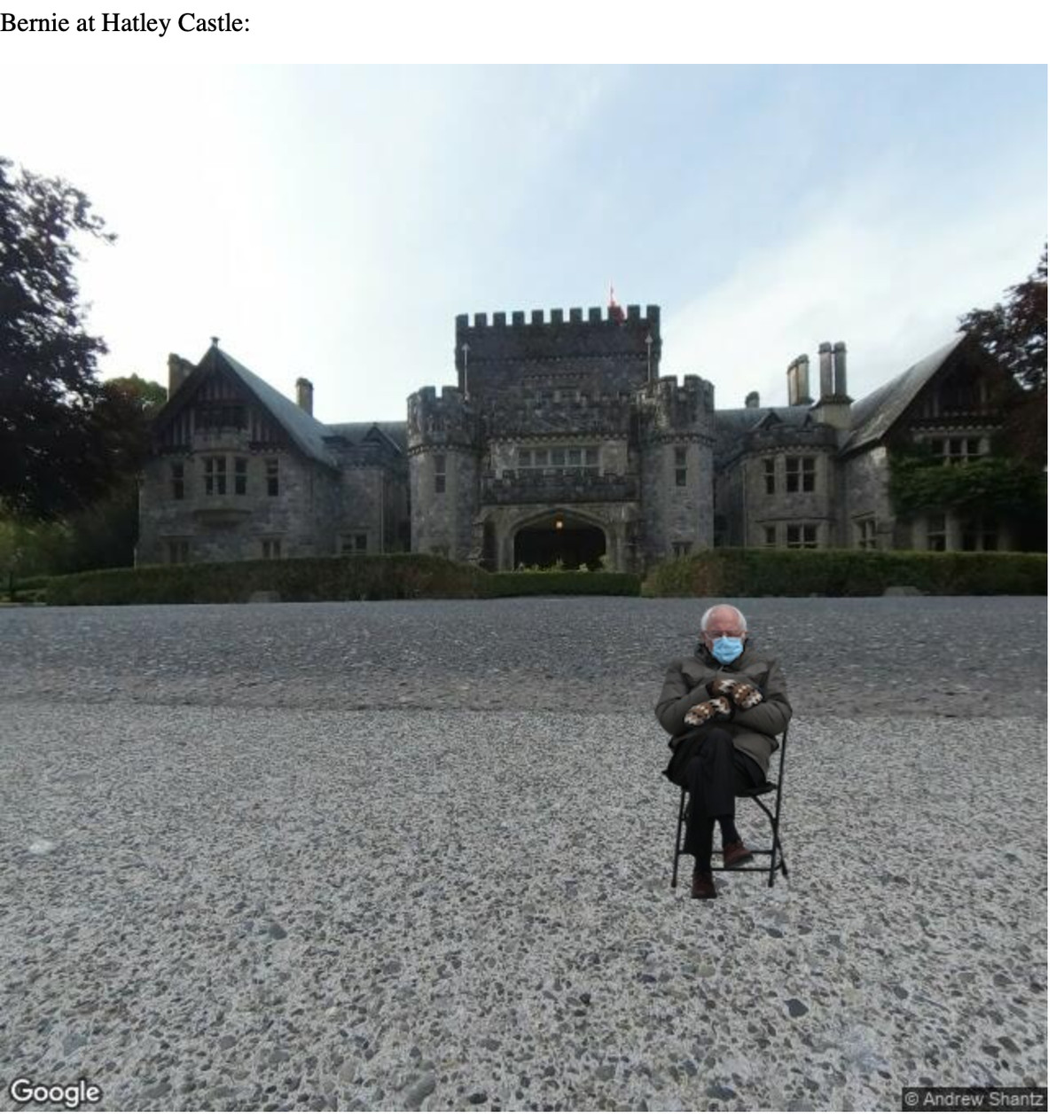 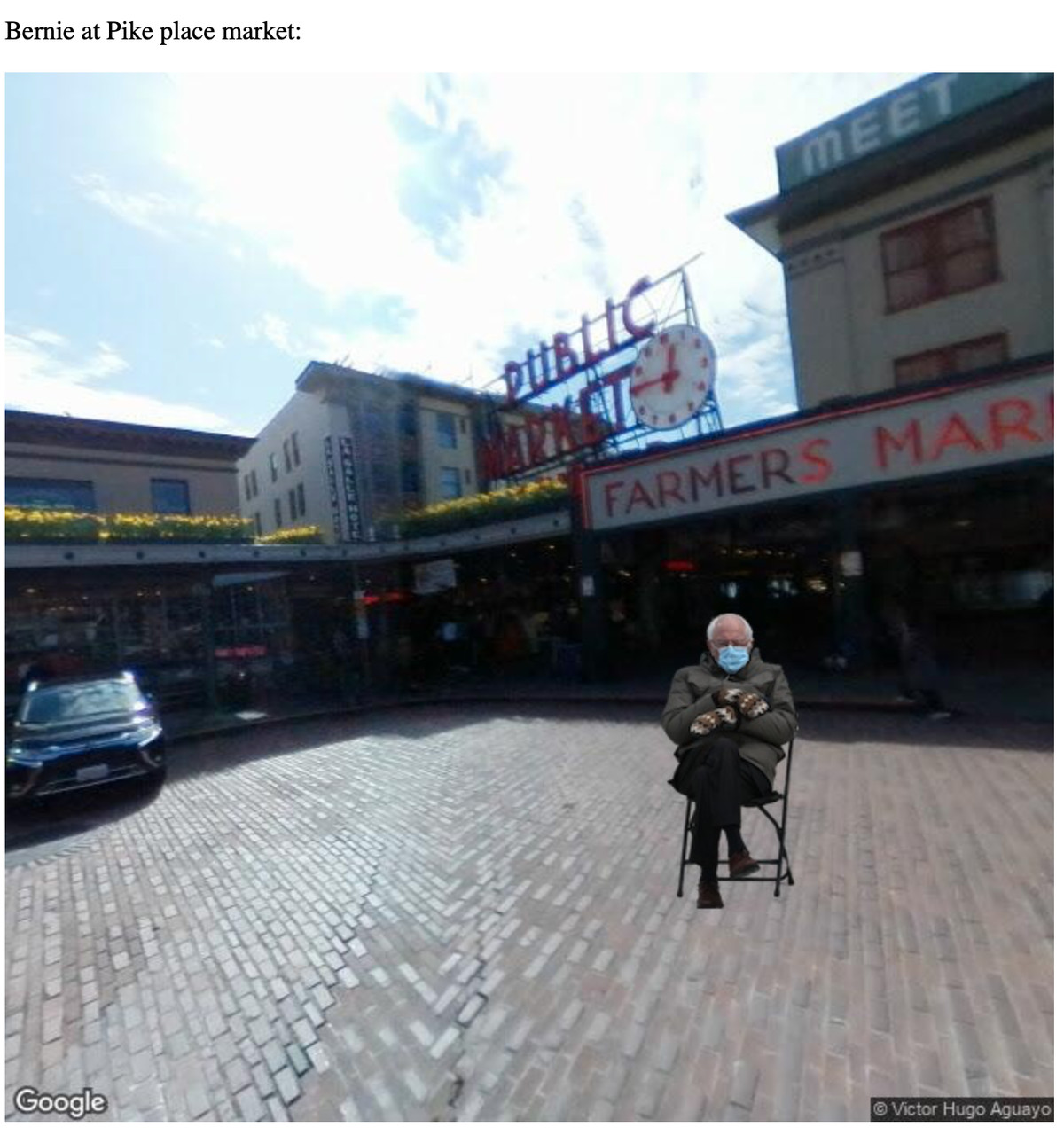 Bernie! Watch out for the flying fish! 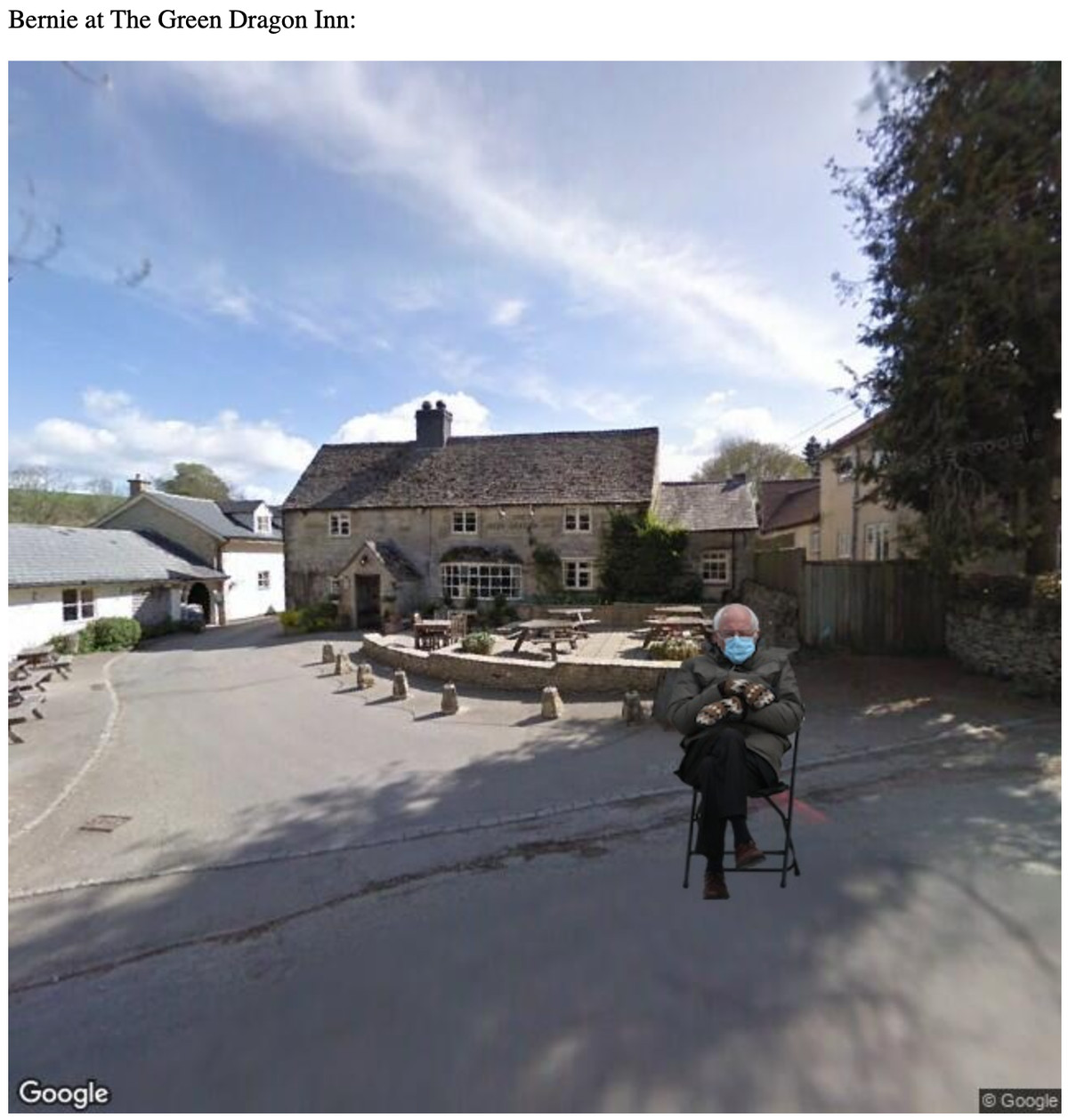 Bernie’s looking for the best brew in the Shire.

Three cheers to Sawhney for this glorious meme generator. I’m sorry for how much I cost you in Google Maps API calls and Heroku fees. (If you want to help keep the site up, you can toss Sawhney a few bucks here.)

The Batman: 10 Movies To Watch To Get Hyped For Robert Pattinson’s DC Debut