Samsung Neo QLED and MicroLED TV models were unveiled on Wednesday at a pre-CES 2021 virtual event. The new portfolio is aimed to provide better TV-viewing experiences with improved contrast and better backlighting, alongside offering next-generation accessibility through features including Sign Language Zoom and Multi-Output Audio. Alongside the new Neo QLED and MicroLED TVs, Samsung brought its new The Frame TV that is thinner than the previous models and is designed to offer a more customisable experience to users.

Available in 8K (QN900A) and 4K (QN90A) models, the Samsung Neo QLED TVs feature new displays that use Quantum Mini LED as a next-generation light source. The Quantum Mini LED is up to 40 times smaller in height than a conventional LED and instead of using a lens to disperse light, it has thin micro layers filled with more LEDs to provide better backlighting than a traditional LED display. In addition to the proprietary Mini-LED technology, the Neo QLED TVs by the South Korean company use Quantum Matrix technology that is touted to enable balanced lighting by using precise control of LEDs available behind the display.

Samsung has also used its Neo Quantum Processor to bring new upscaling capabilities on the Neo QLED TVs. The new processing unit is claimed to use up to 16 different neural network models to optimise picture quality to 4K and 8K regardless of the input quality.

The presence of the new display technologies on the Neo QLED TVs not just helps enhance picture quality but also brings a nearly bezel-less experience along with a slim design. The TVs come along with an attachable cable management system called Slim One Connect box.

On the audio front, the Samsung Neo QLED TVs come with Object Tracking Sound Pro that is claimed to help produce dynamic sound corresponding to the movement of objects on the screen. There is also a SpaceFit Sound feature that outputs immersive sound based on the TV’s physical environment.

The Neo QLED TVs come preloaded with Samsung Health and Super Ultrawide GameView features. There is also an optional USB-connected smart camera solution that can follow the movements of users and work with Google Duo to enable video calling. The new TVs can also connect with a PC or with a compatible smartphone to enable working and learning from home.

In terms of accessibility, the Neo QLED TVs by Samsung come with Caption Moving, Sign Language Zoom, and Multi-Output Audio features to help people who are hard of hearing, the deaf, people with low vision, and the blind. The company also showcased a Voice Guide feature that will be expanded by 2022 to provide support to people with hearing and vision disabilities.

The 2021 Neo QLED TVs will also come in Samsung’s Eco-packaging that is touted to upcycle up to 200,000 tons of corrugated boxes each year. Further, you’ll get a solar-powered remote control that doesn’t require any AA or AAA batteries and can be recharged by indoor light, outdoor light, or USB. The remote control is also designed with upcycling plastics from recyclable bottles.

Alongside the Neo QLED TVs, Samsung unveiled its MicroLED TVs for 2021 that come in 110- and 99-inch sizes. These new TVs come with 24 million individually-controlled micrometre-sized LED lights to provide an enhanced backlighting. There is also a Monolith Design that is aimed to bring over 99 percent screen-to-body ratio. The TVs come preloaded with a 4Vue feature to let you watch up to four different content sources at once. Further, there is a Majestic Sound to provide 5.1 channel audio output, without requiring an external speaker.

Samsung last month showed its commercial 110-inch microLED TV that debuted following some unique models including ‘The Wall’ with a MicroLED display and was limited to the South Korean market. However, the arrival of the new TVs suggest that the company is now aiming to expand its MicroLED developments to the global TV markets.

Samsung’s 2021 portfolio also takes its lifestyle TV category to new levels with a new version of The Frame. This is half-thinner compared to previous versions, matching the depth of a traditional picture frame. There are also new attachable bezel options in five different colour options and two different customisable styles. The company has also updated its Art Store from where users can get over 1,400 curated pieces to put on the idle screen of The Frame TV. There is an artificial intelligence (AI) based auto-curation technology to analyse consumer preferences to recommend artwork. 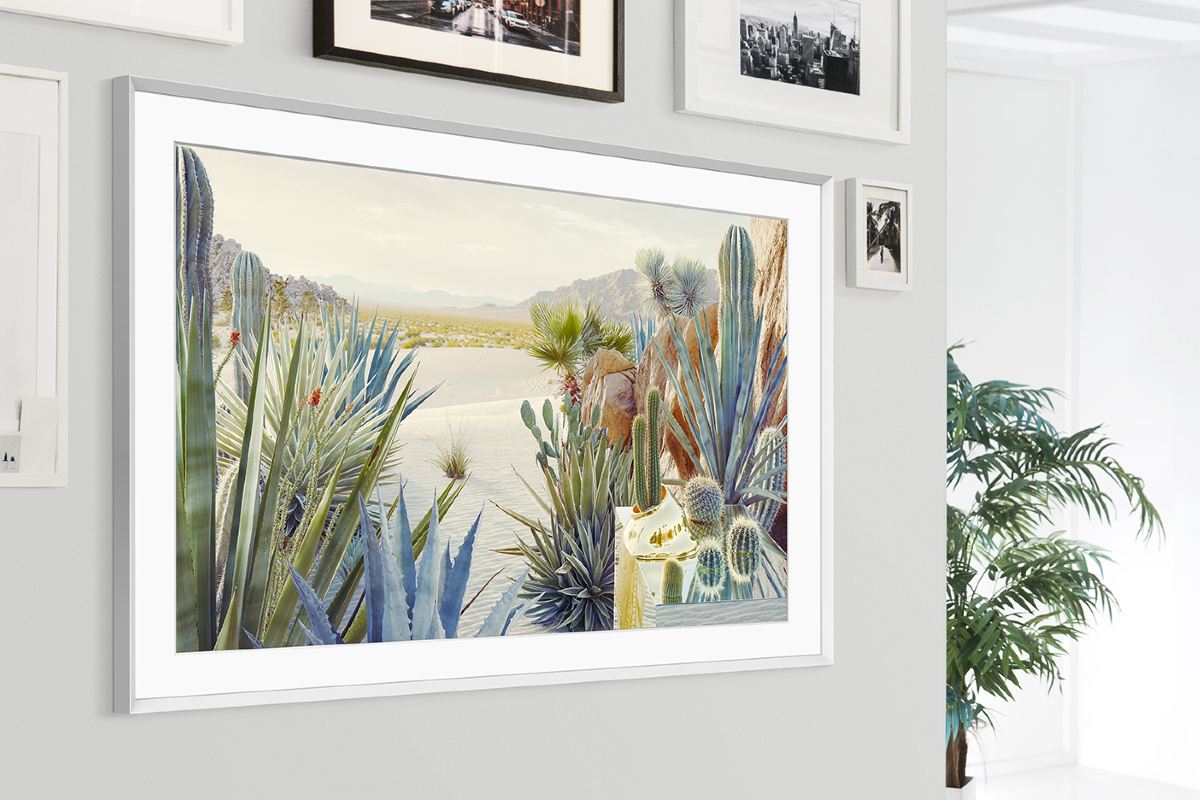 Although The Frame is meant for a niche market and is not targeted at the masses, Samsung claimed that over one million units have been sold since launch in 2017.

Samsung has not yet revealed the prices of its 2021 smart TVs. However, given the features and the technologies used, the Neo QLED TVs are likely to be priced similar to the company’s existing QLED TVs. The new MicroLED TVs and The Frame, on the other hand, are expected to be available with some premium price tags.

What will be the most exciting tech launch of 2021? We discussed this on Orbital, our weekly technology podcast, which you can subscribe to via Apple Podcasts, Google Podcasts, or RSS, download the episode, or just hit the play button below.

The Sonos Move speaker is cheaper than ever at several retailers