LG Display is continuing its trend of reimagining the future of screens at CES 2021 with a new transparent TV. The panel is a 55-inch OLED, but its transparent design lets you see through it even when it’s turned on and displaying an image.

LG imagines the screen sitting at the foot of a bed, where it can rise up partially or in full to show information or videos while retaining a view of the other side of the screen. The panel as it’s designed now has built-in speakers, though it’s unclear precisely what audio features they will support. In an email the company said that its “Sound Solution technology” is “embedded in the frame.”

LG says the transparent OLED set can also be moved around the home if you’d like to position it somewhere else (if it were something you could actually buy, which you cannot right now). 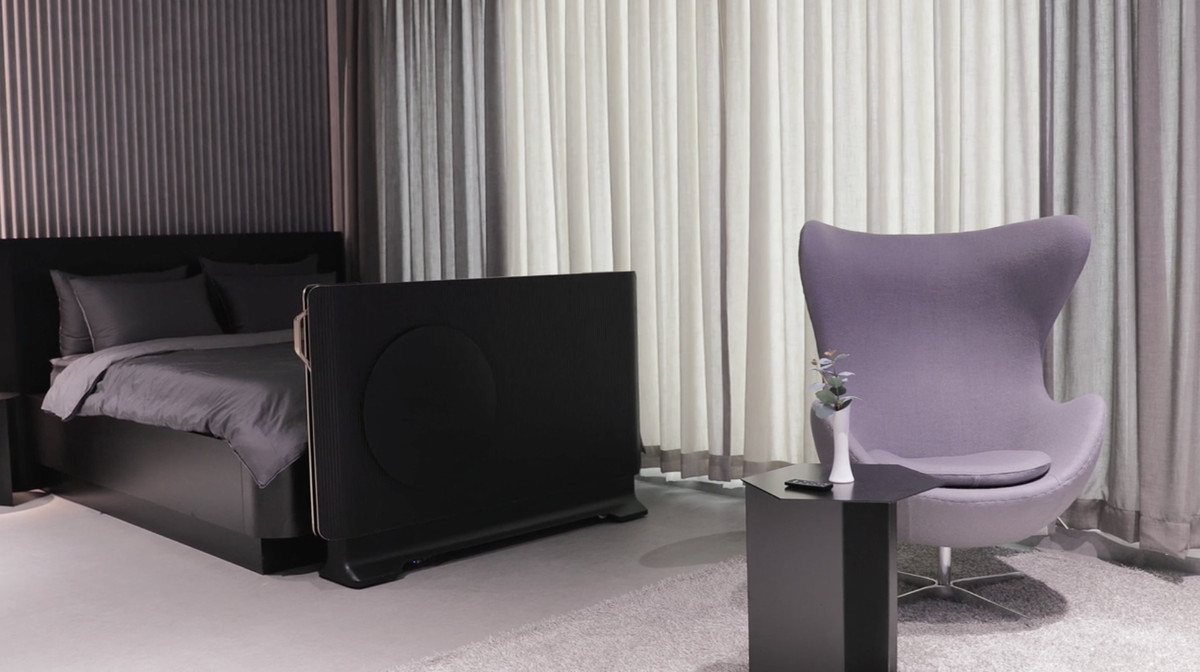 LG Display has designed its first prototype of the 55-inch transparent OLED to sit at the foot of a bed.

The company sees this as both a smart home device and one that could one day be used in public settings, like in restaurants and on public transportation.

“Transparent OLED is a technology that maximizes the advantages of OLED and can be used in various places in our daily lives, from stores, shopping malls, and architectural interiors to autonomous vehicles, subway trains, and aircraft,” Jong-sun Park, LG Display’s senior vice president and head of commercial business, said in a statement. “It will grow into a next-generation display that can change the existing display paradigm.” 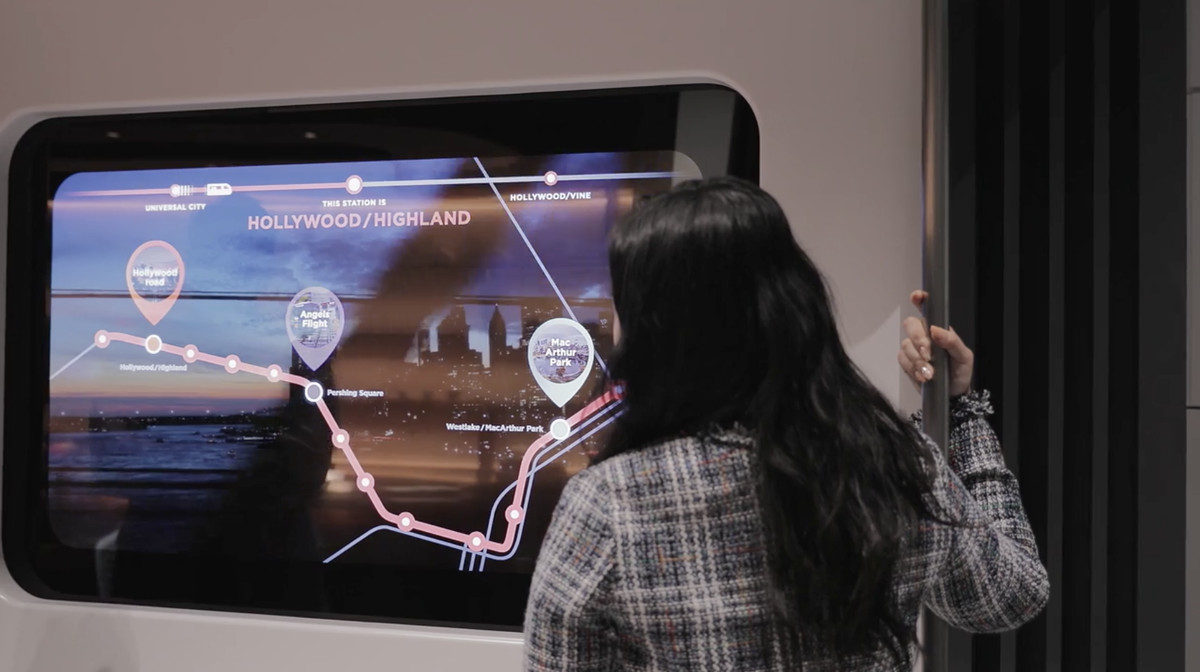 LG Display imagines its transparent OLED display outside the home, as both a subway window and display in a public transportation setting.

But this is LG Display’s first screen of this type it’s made strictly as a TV that would actually go in someone’s home, and not just something you’d see in a futuristic shopping center or some other commercial venue.

This is just one of many in a long line of LG Display experimental prototypes, some of which do indeed become real products you can buy. The company has made waves at past CES showcases with various iterations of its rollable OLED technology, while a commercial version of the TV using the tech finally went on sale in South Korea in October of last year for an eye-popping $87,000.

Unfortunately, there’s no indication right now that LG’s new transparent OLED TV will become a real product at some point in the future or how much it might cost if it does.

Correction, 9:10pm ET: the original version of this article stated that the display supported LG Display’s Cinematic Sound OLED (CSO) technology. That is not the case and the article has been updated. We regret the error.

Steve Harvey’s SON Defends Lori Against Fans Who Call Her A ‘THOT’!!

Kazuyoshi Miura: A professional footballer at 53 – how he does it