Australian cricket’s governing body has apologised to India and is investigating claims that visiting players were subjected to racist abuse by spectators during the third Test.

India made an official complaint after day three on Saturday that bowlers Jasprit Bumrah and Mohammed Siraj had received racist abuse in Sydney.

And on Sunday, play was halted for 10 minutes after more alleged abuse.

Six people were subsequently ejected from the Sydney Cricket Ground.

Cricket Australia (CA) and New South Wales police are investigating this incident, which was reported to umpires by Siraj.

India reported the alleged racist abuse on Saturday to match referee David Boon and the International Cricket Council said it was “incredibly disappointed” with the incidents at the SCG.

The ICC said it will support CA in its investigation of the claims of racist abuse and that CA will have to submit a report within two weeks.

Referring to Saturday’s incident, CA’s head of integrity and security Sean Carroll said: “If you engage in racist abuse, you are not welcome in Australian cricket.

“Once those responsible are identified, CA will take the strongest measures possible under our anti-harassment code, including lengthy bans, further sanctions and referral to New South Wales police.

“As series hosts, we unreservedly apologise to our friends in the Indian cricket team and assure them we will prosecute the matter to its fullest extent.”

India captain Virat Kohli, who only played the first Test of the series before returning home for the birth of his first child, said the allegations need to be “looked at with absolutely urgency” and “strict action” should be taken against the offenders.

“Racial abuse is absolutely unacceptable,” he said on social media.

“Having gone through many incidents of really pathetic things said on the boundary lines, this is the absolute peak of rowdy behaviour. It’s sad to see this happen on the field.”

India spinner Ravichandran Ashwin said his side have had “nasty” experiences in Sydney on previous tours but this was the first time “where they have gone one step ahead and used racial abuses”.

He added: “It’s definitely not acceptable in this day and age and it must be dealt with an iron fist to make sure it doesn’t happen again.”

“One of my greatest pet hates in life is that people think they can come to a sporting event and think they can abuse or say whatever they like,” he said.

“I hated it as a player, I hate it as a coach. We’ve seen it in different parts of the world and I’m really sad to see it happen in Australia.”

What happened during play on Sunday?

Siraj walked in from fine leg shortly before the tea break to speak to team-mates and umpires Paul Reiffel and Paul Wilson before pointing to a section of the SCG crowd.

Police subsequently removed six spectators from the stadium, although it is not yet clear what had been said to Siraj.

Carroll said the allegations would be investigated “to their fullest extent”.

“The abuse of cricketers by crowd members is not acceptable,” he said. “We thank the Indian team for their vigilance in reporting Sunday’s incident, which we are now in the process of investigating.

“As hosts, we once again apologise to the Indian team.”

India closed day four on 98-2, requiring 309 more runs to win after Australia declared on 312-6, setting the tourists an unlikely 407 for victory. The four-match series is level at 1-1.

What happened after play on Saturday?

Indian team management spoke to CA chief executive Nick Hockley and Carroll after the close of play on day three.

A group of India players, including captain Ajinkya Rahane, also spoke to the umpires.

Members of the India team staff talked to Bumrah while he was fielding on the boundary towards the end of the final session.

Bumrah and Siraj were also seen talking to officials from Cricket Australia, the International Cricket Council and stadium security.

The crowd has been limited to 10,000 fans per day because of social distancing measures at the SCG, which has a maximum capacity of 48,000. 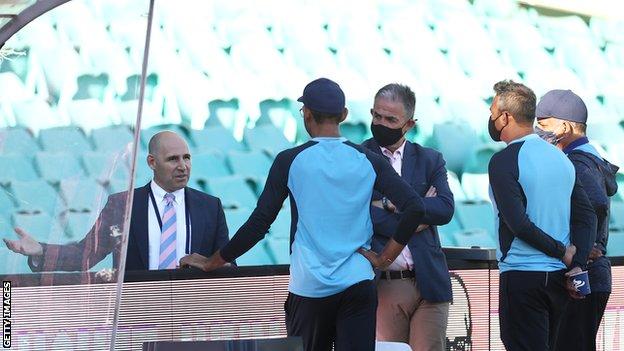 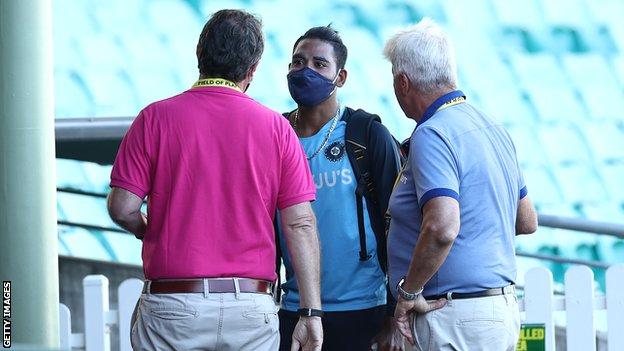 How Filipino activists ended up on a ‘wanted’ poster

The Mandalorian Season 2 Episode 3 Recap: Child of the Watch

Disney Is Making Big Moves To Focus On Streaming

How we trained the cockroach in Saint Maud