David Beckham is the face of a new campaign to try and get rid of malaria, a deadly disease carried by mosquitoes which affects hundreds of millions of people every year.

More than 400,000 people died from the disease in 2019 according to the World Health Organisation (WHO).

In the video Beckham is shown as a much older man speaking from a time in the future when the disease doesn’t exist anymore.

The advert by the charity Malaria No More UK is designed to encourage people around the world to continue their efforts to get rid of the disease forever.

Beckham has been involved with the charity since 2009 and says it is “something he really cares about because it is a huge killer of children.”

He says his own kids asked him if the disease could really be ended in their lifetime and he told them “yes it will be, with a lot of teamwork, with a lot of leadership and a lot of hard work and we have all of that.”

What is malaria? It’s a disease caused by a parasite spread by a particular kind of mosquito – the Anopheles – which bites people at night-time.

Most cases occur in Africa and the disease is particularly harmful to young children.

Why is it a big problem? Malaria is one of the most deadly diseases on Earth, killing hundreds of thousands of people every year.

Can it be treated? Malaria is preventable and curable. The best way to stop people getting the disease is to stop them being bitten by the mosquitoes.

What developments have there been in the fight against malaria?

There is now a vaccine against the disease which cuts the number of cases by about 40%.

A three year roll out of the drug started in the African countries of Malawi, Kenya and Ghana in 2019.

In May 2020 scientists discovered a microbe that completely protects mosquitoes from being infected with malaria.

The team in Kenya and the UK said the finding has “enormous potential” to control the disease. That’s because if the mosquitoes are not infected they can’t spread the disease to humans when they bite them.

In 2019 a study by the a group of scientists called The Lancet Commission on malaria eradication said that ending malaria is possible within a generation but would need lots of international effort to achieve it.

Deaths from the disease have dropped by 60% saving more than 7 million lives since 2000 according to the WHO but it argues that continued investment in the fight against malaria is still needed if it is to be wiped out by the 2050s.

What have governments been doing?

In 2016 the UK government signed up to a £500 million a year spending pledge to fight malaria which runs until March 2021.

In April 2018 a big meeting of world leaders called the Commonwealth Heads of Government Meeting (CHOGM) held a Malaria Summit.

Leaders agreed to a joint commitment to spend billions to halve malaria across the Commonwealth by 2023. 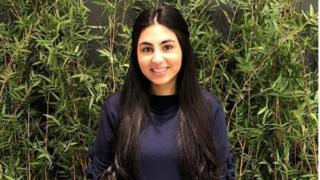 Serena nearly died from malaria when she was a toddler, now she is Youth Champion for the charity Malaria No More UK

Serena Mukhi nearly died from malaria when she was two years old when she was living in Lagos, Nigeria. Luckily she got treatment and was able to recover.

Afterwards she was determined to try and help others, and began to work as a malaria activist when she was seven, by raising money for mosquito nets and malaria treatment for people in her community.

She moved to London when she was 10 and has continued to try and raise awareness of the disease and help efforts to fight it.

“Malaria almost ended my life, so now I work to end malaria”, she said.

She says she believes the disease could be wiped out for good if people around the world work together: “We really must play our part as global citizens… Ending malaria is on top of the world’s to-do list – we can do this in our lifetimes.”

Discover the anarchic fun of this genre-defying Hong Kong blockbuster

Wait, Is Candyman Bringing Back Another Original Character?