The Xbox Series X and Series S consoles launch on Tuesday, November 10th. Whether you were able to secure one in time for launch day, or if you plan to get one soon, you might want some fresh accessories to snag with your big purchase.

First up, controllers. You probably already know that Microsoft’s Xbox One wireless controller is also compatible with the new Series X / S consoles, which is great. However, the older controller model lacks a few features that might make the newer one a worthy upgrade for you. For instance, the revised controller has a dedicated share button for saving clips and screenshots and sharing them online, a USB-C port for charging up Microsoft’s optional $24.99 play-and-charge rechargeable battery, along with a few cosmetic and physical improvements to the d-pad and triggers. It’s not a completely new controller, like the PS5’s DualSense, but that comes through with its lower $59.99 price tag.

Photo by Tom Warren / The Verge

In addition to working with the Xbox consoles, the new controller also has Bluetooth support so you can easily connect it to your Android phone or PC. If your PC doesn’t have Bluetooth, you can pick up the Xbox wireless adapter made for Windows 10. Microsoft sells the aforementioned PC adapter for $24.99.

The next thing you’ll want to think about is storage. The Xbox Series X ships with a 1TB SSD built-in, and the Series S has a 512GB SSD, though each actually offers less storage for games than is advertised. In the Series S’s case, you’ll only have 364GB of that original amount to use. The Series X’s 1TB drive only actually has 802GB of usable space for games. So, you naturally may want some extra storage, and opting for a multi-terabyte drive might seem like the obvious move, given that more and more games venture into 100GB territory. You’ll definitely save money with this route, but I recommend using this kind of storage for your collection of older Xbox One, Xbox 360 or original Xbox games. The reason being that you’ll want to save that precious SSD space for your most-played games, particularly the ones made especially for these newer consoles. 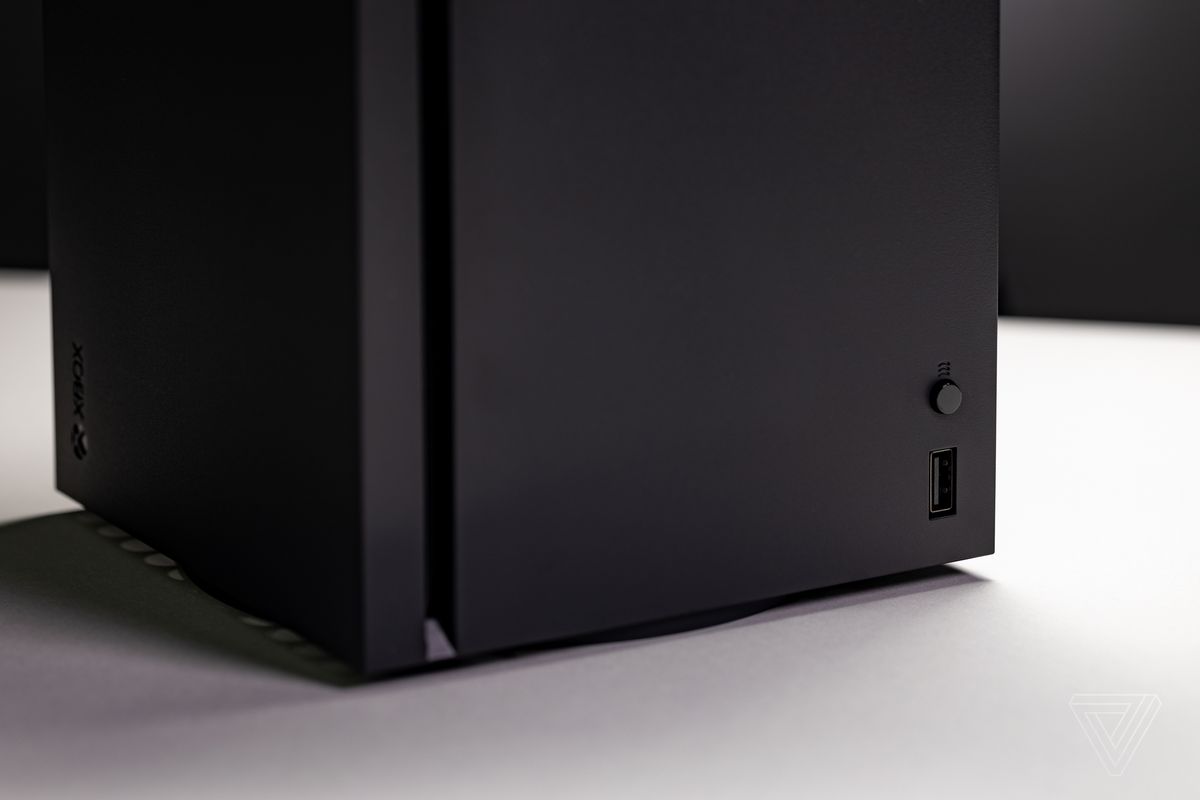 You can connect an external hard drive to the front USB port, or through either console’s rear USB ports.Photo by Vjeran Pavic / The Verge

Delegating your older games to slower, but far cheaper storage is a clever way to let you have all of your games accessible without crowding your already-limited SSD space. Though, it’s worth pointing out that any external USB drive will be significantly slower to load than what the Series X’s and Series S’s respective SSDs can handle. If you’re hungry for more info, check out this in-depth look at different hard drive performance points from Digital Foundry’s Richard Leadbetter. 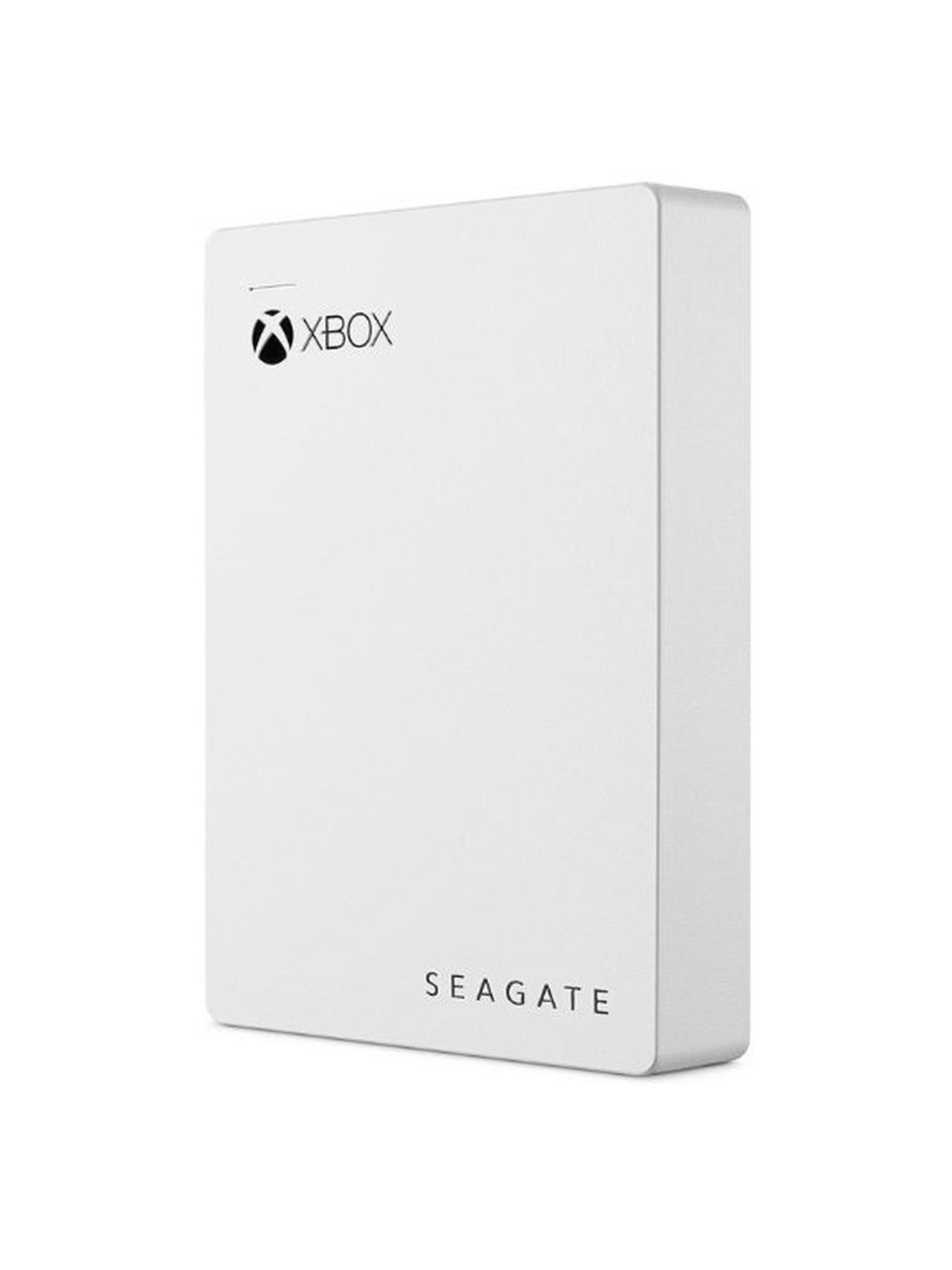 A 4TB hard drive is ideal for storing older Xbox games if you plan to play them on the Xbox Series X / S. Also includes a two-month trial for Xbox Game Pass Ultimate.

Photo by Tom Warren / The Verge

Of course, you can buy faster storage to add onto your Series X / S console, but it’ll cost you significantly more money than the option above. Microsoft partnered with Seagate to make proprietary 1TB SSDs that can be inserted into the rear of either console. These $220 SSDs are advertised to be just as fast as the storage inside your new console, so this is the best place to keep all of the new games you want to quickly load and switch between at will. And, if you have the cash to burn, you can buy multiple 1TB cards and hot-swap them to access more games.

We’ll include more accessories once they become available.

‘The Boys Season 2’ release date, cast, plot and all the updates you need to...

Halle Berry Talks Her Interracial Family And Why Seeing Black Women On The Big And...

Final Debate’s Racial Segment Circled Around ‘The Talk’ As Candidates Spar Over Future Of Black...