Media captionAmy Coney Barrett: “I will meet the challenge with both humility and courage”

US President Donald Trump has nominated Amy Coney Barrett, a favourite of social conservatives, to be the new US Supreme Court justice.

Speaking by her side at the White House Rose Garden, Mr Trump described her as a “woman of unparalleled achievement”.

The nomination will spark a bitter confirmation fight in the Senate as November’s presidential election looms.

Announcing Judge Barrett as his nominee on Saturday, President Trump described her as a “stellar scholar and judge” with “unyielding loyalty to the constitution”. 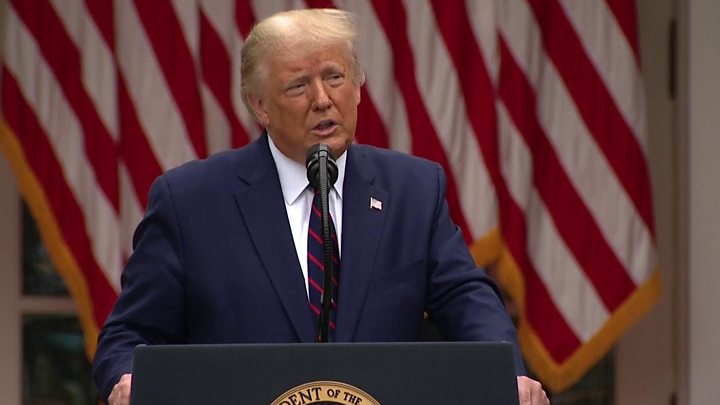 Democratic presidential candidate Joe Biden urged the Senate not to “act on this vacancy until after the American people select their next president and the next Congress”.

“The United States Constitution was designed to give the voters one chance to have their voice heard on who serves on the Court. That moment is now and their voice should be heard,” he said.

If Judge Barrett is confirmed, conservative-leaning justices will hold a 6-3 majority on the US’s highest court for the foreseeable future.

The 48-year-old would be the third justice appointed by the current Republican president, after Neil Gorsuch in 2017 and Brett Kavanaugh in 2018.

The Supreme Court’s nine justices serve lifetime appointments, and their rulings can shape public policy on everything from gun and voting rights to abortion and campaign finance long after the presidents who appoint them leave office.

In recent years, the court has expanded gay marriage to all 50 states, allowed for Mr Trump’s travel ban on mainly Muslim countries to be put in place, and delayed a US plan to cut carbon emissions.

Amy Coney Barrett has been on Donald Trump’s shortlist for Supreme Court vacancies for some time, but the word was that she would be the most appropriate replacement for Ruth Bader Ginsburg.

As of last week, that was no longer a hypothetical scenario.

Even before Mr Trump reportedly settled on Judge Barrett as his pick, conservatives were rallying around the nominee, whoever it might be. And if they stick together, as all but two seem to be doing, her confirmation appears assured – whether it is before November’s election or in a “lame duck” Senate session afterward.

The choice of Judge Barrett puts Democrats in a tricky position. They have to find a way of undermining support for the nominee without seeming to attack her Catholic faith or personal background – moves that could risk turning off some voters in November. They will seek to delay the proceedings as best they can, while keeping their focus on issues like healthcare and abortion, which could be at the centre of future legal battles with Justice Barrett on a conservative-dominated court.

Then they have to hope Judge Barrett, or the Republicans, make some kind of critical error. It is a tall order, but for the moment it is the only play they have.

Who is Amy Coney Barrett?

After graduating from Notre Dame University Law School in Indiana, she clerked for the late Justice Antonin Scalia. In 2017, she was nominated by Mr Trump to the Chicago-based 7th Circuit Court of Appeals.

She is described as a devout Catholic who, according to a 2013 magazine article, said that “life begins at conception”. This makes her a favourite among religious conservatives keen to overturn the 1973 Supreme Court decision that legalised abortion nationwide.

LGBT groups have criticised her membership of a conservative catholic group, People of Praise, whose network of schools have guidelines stating a belief that sexual relations should only happen between heterosexual married couples.

Conservatives hope she will help to invalidate Obamacare, the health insurance programme that was introduced by President Trump’s Democratic predecessor, Barack Obama.

Some 20 million Americans could lose their health coverage if the court overturns the Affordable Care Act (ACA).

In a statement following her nomination, Mr Biden focused on this issue, saying Judge Barrett had a “written tack record” of opposing the ACA.

Judge Barrett on Saturday said her rulings as a Supreme Court justice would be based only on the law.

“Judges are not policymakers, and they must be resolute in setting aside any policy view they might hold,” she said.

Will Judge Barrett be confirmed?

The courtesy calls are expected to start on Wednesday. The nominee will then be grilled by the Senate Judiciary Committee – on which 22 Republicans and Democrats sit.

The hearings usually last between three and five days. Afterwards committee members will vote on whether to send the nomination to the full Senate. If they do, all 100 senators will vote to confirm or reject her.

Republicans hold a slim majority of 53 senators, but they already seem to have the 51 votes needed to get Judge Barrett confirmed. 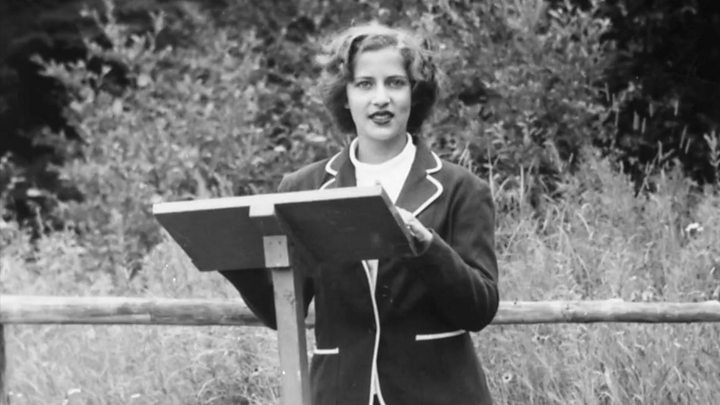 Senate majority leader Mitch McConnell has vowed to hold a confirmation vote before the 3 November election.

Barring a surprise, Democrats seem to have few procedural options to prevent her gliding through the Senate to the Supreme Court bench. 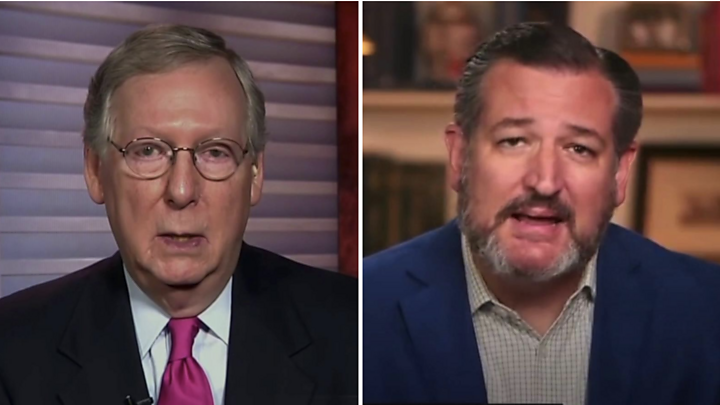 Media caption2016 v 2020: What Republicans said about choosing a Supreme Court justice in an election year

Why is the nomination controversial?

Since Ginsburg’s death from cancer on 18 September, Republican senators have been accused of hypocrisy for pressing ahead with a Supreme Court nomination during an election year.

The nomination, which came 237 days before the election, was successfully blocked because Republicans held the Senate and argued the decision should be made outside of an election year.

This time around, Mr McConnell has lauded Judge Barrett’s nomination, saying the president “could not have made a better decision.”

With less than 40 days until the 2020 election, Democrats say the Republicans should stand by their earlier position and let voters decide.

Mr Biden has said Mr Trump’s efforts to appoint a justice were an “abuse of power”.

‘The Crown Season 4’: Release Date, New Cast And Spoilers. Tune in for updates