US President Donald Trump has denied allegations that he sexually assaulted a former model in New York in 1997.

Amy Dorris told the UK’s Guardian newspaper that Mr Trump groped various parts of her body and forcibly kissed her as she came out of a bathroom at the US Open tennis tournament.

Mr Trump’s lawyers have denied the claims, branding it an “attempt to attack” him before the election.

The president has denied all of the allegations against him.

Ms Dorris, who was 24 years old at the time, said she watched matches with her then-boyfriend Jason Binn in Mr Trump’s VIP box.

She said she used the bathroom and alleged Mr Trump was waiting for her outside.

“He just shoved his tongue down my throat and I was pushing him off. And that’s when the grip became tighter and his hands were very gropey and all over my butt, my breasts, my back, everything,” she told the Guardian.

She says she told Mr Trump to stop, but that “he didn’t care”.

Ms Dorris said she decided to come forward with her story in order to be a role model to her two teenage daughters. She said she had considered speaking about the incident in 2016, but chose not to out of fear for her family.

“We will consider every legal means available to hold The Guardian accountable for its malicious publication of this unsubstantiated story,” she said.

Speaking to The Guardian, Mr Trump’s lawyers say there would have been other witnesses to the assault and suggested the allegation could be politically motivated ahead of the November election.

His lawyers also said Mr Binn told them he did not recall Ms Dorris saying anything inappropriate or uncomfortable had happened with Mr Trump.

It is not the first time claims of sexual assault have been made against the president.

During the run-up to the 2016 presidential election, Mr Trump faced a barrage of sexual misconduct claims, bringing his behaviour towards women into sharp focus.

Most of the accusers came forward after video footage of Mr Trump claiming celebrities such as him can “do anything” to women. 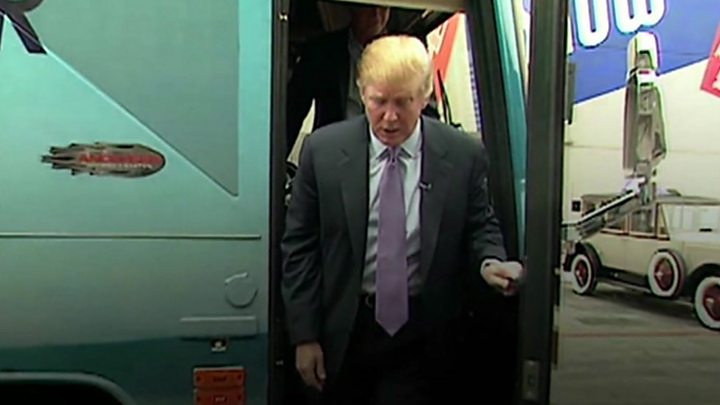 One of the women was columnist Jean E Carroll who accused Mr Trump of sexually assaulted her in a department store in late 1995 or early 1996.

She alleges Mr Trump lunged at her, pinned her against a wall and forced himself on her.