The US Department of Justice has taken legal action to defend President Donald Trump in a defamation case from a woman who accuses him of raping her.

Under a court filing, the department is moving to replace the president’s private lawyers and take over the case.

Columnist E Jean Carroll accuses Mr Trump of assaulting her in a Manhattan department store in the 1990s.

In a lawsuit, she argues the president defamed her when he denied her claim by saying she “wasn’t his type”.

Mr Trump’s critics say that during his presidency he has compromised the US justice department, which is meant to operate independently of the White House.

The president has until now been represented in the case, which was filed in New York state court in November 2019, by his personal lawyer Marc Kasowitz.

What did the justice department say?

Its lawyers argue in Tuesday’s court filing that Mr Trump can be defended by government attorneys because he was serving in his capacity as president when he denied Ms Carroll’s allegation.

“President Trump was acting within the scope of his office as President of the United States at the time of the incidents out of which the Plaintiff’s defamation claim arose,” says the filing.

It seeks to elevate the case to a federal court from a state court. 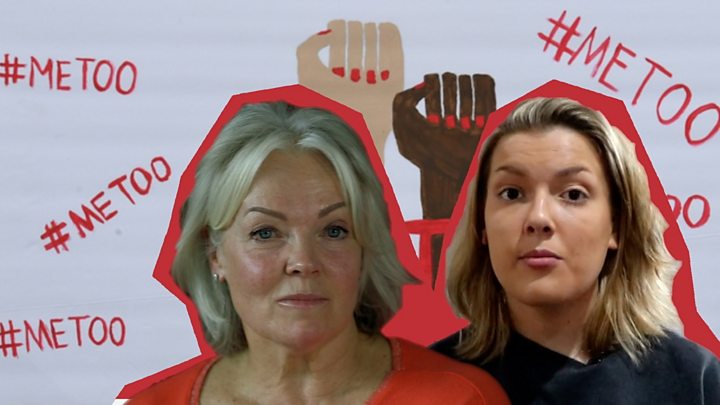 The government lawyers cite the Federal Tort Claims Act, which offers US government employees a degree of immunity from being sued.

University of Texas law school professor Steve Vladeck told CNN that such an intervention by the justice department was highly unusual.

The legal analyst said the court filing could effectively kill the case because the federal government cannot be sued for defamation.

The move comes a month after a state court judge said Mr Trump could not use a legal immunity defence in the case.

The president is currently in the midst of a campaign for re-election against Democratic challenger Joe Biden in November.

How did E Jean Carroll respond?

Ms Carroll – who is an advice columnist for Elle magazine – said in a statement: “Today’s actions demonstrate that Trump will do everything possible, including using the full powers of the federal government, to block discovery from going forward in my case before the upcoming election to try to prevent a jury from ever deciding which one of us is lying.”

Her legal team is asking the president to provide a DNA sample so they can determine whether his genetic material is on a black Donna Karan dress that she says she was wearing at the time of the alleged assault.

Her lawyer, Roberta A Kaplan, said in a statement on Tuesday evening that the justice department intervention was “shocking”.

“Trump’s effort to wield the power of the US government to evade responsibility for his private misconduct is without precedent and shows even more starkly how far he is willing to go to prevent the truth from coming out,” the lawyer said.

What does E Jean Carroll allege?

She says the attack happened at a Bergdorf Goodman store in Midtown Manhattan in late 1995 or early 1996, when the pair bumped into each other while shopping.

The former Apprentice star and real estate magnate allegedly asked her for advice when buying lingerie for another woman and jokingly asked her to model it for him.

In the changing rooms, she said Mr Trump lunged at her, pinned her against a wall and forced himself on her.

Ms Carroll claims she managed to push him off after a “colossal struggle”.

Both Mr Trump and Ms Carroll were aged around 50 at the time, and he was married to Marla Maples.

Mr Trump has publicly denied the allegation several times, including saying that Ms Carroll was “totally lying” and her claim was “fiction”.

Killing Eve Season 3 Release Date, Cast and Everything you need to know about the...