As US-China relations reach a boiling point, Washington has started to screen Chinese students at airports for technology theft.

When Boston Logan International Airport’s announcement asked Keith Zhang to come to the boarding desk, he thought it was a regular boarding check.

But when he saw two armed American officers expecting him there, his heart sank.

“They questioned me under the premise that I am here to steal technology,” Keith Zhang – not his real name – tells the BBC.

Zhang, a 26-year-old PhD student from China, was a visiting researcher at Brown University’s department of psychological sciences for a year.

He had not expected to spend his last two hours on US soil being interrogated about his potential ties with the Chinese Communist Party.

In July, Washington closed the Chinese consulate in Houston, calling it a “spy centre”.

As the US tightens its scrutiny of Chinese nationals over espionage concerns, screening selected departing Chinese students and researchers appears to be Washington’s new measure to counter economic espionage. Some of the students’ electronic devices were taken away for further examination and not returned for weeks.

“If I were to steal any data or intellectual property, I could send it through cloud storage. Taking away my laptop and phone for examination does nothing more than harassment,” Zhang says.

China’s foreign ministry accuses Washington of “abusing” the judicial power to interrogate and arrest Chinese students in the US “under fabricated allegations”.

However, a series of indictments against Chinese researchers suggest the suspicions of US authorities have some grounds.

In August, Haizhou Hu, a 34-year-old Chinese visiting scholar at the University of Virginia, was arrested when he attempted to board a flight to China at Chicago O’Hare International Airport.

The Department of Justice said “a routine screening” revealed that his laptop contained research-related software code, which he was not authorised to possess. The code has military applications, according to a federal indictment.

Separately, the US recently captured multiple Chinese researchers who are accused of concealing their ties with the Chinese military in visa applications. A scientist had allegedly fled to China’s consulate in San Francisco, before she was arrested. Another Chinese researcher threw away a damaged hard drive and was later charged with destroying evidence to obstruct an FBI investigation.

US Assistant Secretary of State David Stilwell tells the BBC that, for students who come to the US with the intent of learning, America’s doors are “wide open”.

“But if you are here masquerading as (students),” he says, “we have to defend ourselves.”

Sheena Greitens, associate professor of public affairs at University of Texas, Austin, says there’s an “intensification of concerns” over technology transfer from the US to China through academic channels.

“Given that these are investigations into espionage, it’s unlikely that we’ll see full details for every case, but it’s hard to make informed judgements on the nature of the threat to national security based on the handful of cases we’ve seen made public so far,” Prof Greitens says.

Unlike Hu, Zhang was allowed to board his flight at the last minute, but he says the airport screening was “a traumatic experience”.

He recalls the two armed officers repeatedly accused him of lying. “I was under great pressure and almost had a mental breakdown,” he says.

Zhang did not ask for the officers’ names or identities, nor did he request to speak to a lawyer, Brown University or the Chinese Embassy in the US.

“I knew I had these rights but I didn’t want to risk missing my flight,” Zhang says.

Boarding his flight was Zhang’s absolute priority, as he was eager to go home to reunite with his wife. They got married a year ago but have spent most of the time apart due to his study in the US.

The coronavirus pandemic has made international travel difficult

During the pandemic, it is difficult to travel from the US to China, as international flights are curtailed sharply by both countries. Zhang spent weeks and nearly $5,000 to secure flight tickets to his hometown Shanghai via Amsterdam.

According to the South China Morning Post US border agents carried out over 1,100 searches of Chinese nationals’ electronic devices in 2019, recording a 66% increase from the previous year.

Prof Greitens says airports are also “a choke point for the physical outflow of information”, where legal, physical and personnel infrastructure for the screening are concentrated and where most passengers transit to depart the US.

John Demers, US Assistant Attorney General, recently said that the airport screening is “more targeted than it may first appear”.

He revealed the screening decision is based on the students’ schools in China and fields of study. Visiting scholars of an advanced scientific field and from institutions related to the Chinese military, are more likely to be targeted.

“What we are trying to do is to write with a fine-pointed pencil, as opposed to a big magic marker,” Mr Demers said at a public think-tank event in Washington DC. 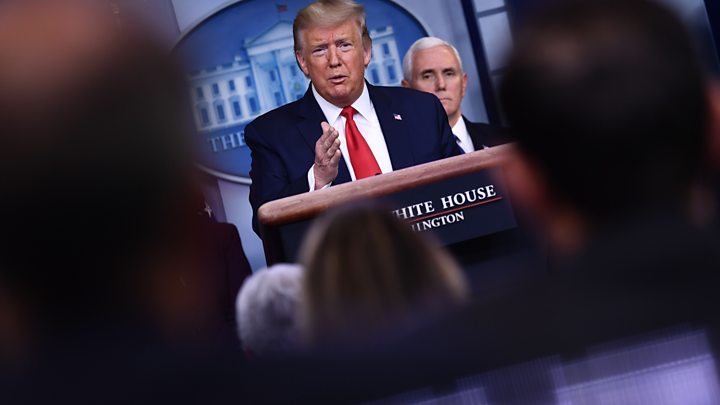 Media captionTrump grilled on use of term ‘Chinese virus’

Both Hu and Zhang received scholarships provided by the China Scholarship Council (CSC) for their research in the US.

CSC is an organisation under China’s Ministry of Education, providing financial support for educational exchanges between China and other countries.

According to a recent research conducted by Georgetown University, CSC sponsors around 65,000 Chinese overseas students, accounting for 7% of Chinese nationals studying aboard. It also funds roughly the same number of foreign students in China.

During his exchange study in America, Zhang received a monthly stipend of $1,900 (£1430) from CSC. He was also required to submit a research report every six months, which his collaborator at Brown University would read and sign.

China’s higher education and research systems are mostly state-owned. Though not all researchers are Chinese Communist Party (CCP) members, the party could cast a shadow of influence on research.

CCP has installed representatives and informants in education institutions, and some universities even revised their charters to emphasize unswerving loyalty to the party.

At the airport, Zhang told the American law enforcement officers that the CCP has no direct influence on his research in cognitive psychology, which is “highly theoretical”. But the officers didn’t seem convinced due to the government funding.

“It’s normal for all governments to fund scientific research. America also funds public universities and labs,” Zhang says, “There’s no way for me to convince them, if in their views, government funding equals to the Communist Party’s direct influence on every single research project.”

CSC is now under intense scrutiny in the US, as it is considered as an avenue by which Beijing could exert influence over overseas students.

On 31 August, the University of North Texas terminated its exchange program with 15 Chinese visiting researchers receiving CSC funding, effectively revoking their US visas. This appears to be the first case of an American university severing ties with CSC. 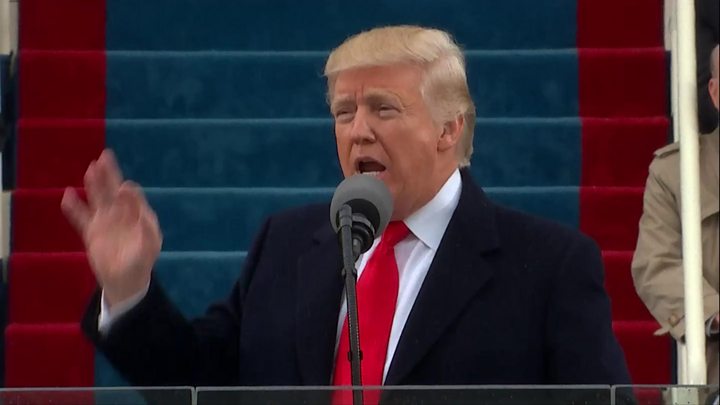 Media captionHow the US-China trade war has changed the world

Prof Greitens expects some increased scrutiny of Chinese nationals studying science and technology in the US, especially those who received Chinese government funding, to continue regardless of the outcome of the US election.

“Both (Trump and Biden) administrations are likely to take the potential threat of illegal technology transfer between the US and China very seriously,” she says.

Though Zhang was impressed by the academic rigour in America and enjoyed working with colleagues at Brown University, he says he won’t consider ever visiting the country again due to the screening experience.

“It was very scary. I felt my safety could be harmed at any time,” he says.

Worrying for a gloomy prospect of US-China relations, Zhang has started to lobby his Chinese friends in America to consider returning home.

“The New Cold War has started,” he says. “There’s no turning back, no matter who is going to be America’s next president.”

5 Reasons Why Godzilla Vs. Kong Is Looking Like The Movie I’ve Been Waiting For...

Tay Zonday’s “Chocolate Rain” Was More Woke Than We Realized