Samsung has announced its latest high-end home entertainment device: The Premiere, a new 4K short-throw laser projector that’s meant to be a viable alternative to the QLED TVs that Samsung usually focuses on.

The Premiere is the latest entrant to Samsung’s “Lifestyle” lineup, which includes other design-forward hardware like The Serif, The Frame, The Sero, and The Terrace. They’re products that are meant to blend into your living room, something that The Premiere takes to the logical conclusion by eschewing a screen entirely.

Billed as an “ultra-short throw” projector, Samsung says the projector can be placed directly in front of a wall or screen while still providing optimal results. It’s also meant to be an all-in-one solution, with integrated powerful woofers and the same Acoustic Beam virtual surround sound technology that Samsung offers on some of its soundbars (although you can obviously integrate your existing home speaker setup, too.)

To start, Samsung is planning to offer two models of The Premiere: the LSP9T, which offers a 130-inch projection, peak brightness of up to 2,800 ANSI lumens, and bears the claim of being “the world’s first HDR10+ certified projector with triple laser technology.” The LSP7T is the step-down model, measuring in at a mere 120-inch projection. Samsung also isn’t making similar brightness and specification claims for the LSP7T. 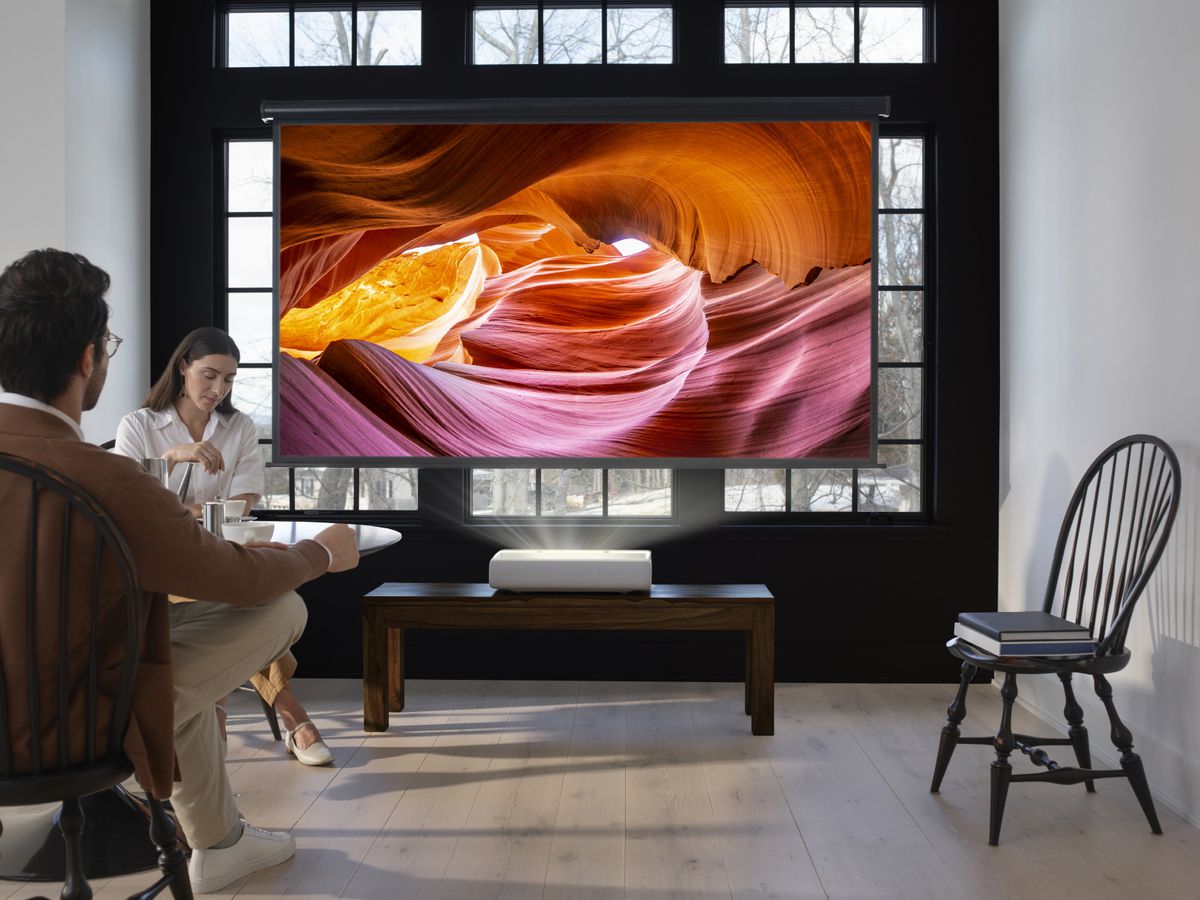 Both models will still support Samsung’s full Smart TV platform, with the complete array of apps and services that are available on any other recent Samsung TV. They’ll also support the UHD Alliance’s Filmmaker Mode, which Samsung says is a first for a projector.

Samsung will release The Premiere later this year in the US, Europe, and Korea, although no price or release date has yet been announced. However, if the pricing of Samsung’s other Lifestyle products is anything to go by, they likely won’t be cheap.

Netflix New Releases: Back To The Future and Other Movies And TV Shows Streaming May...

Meghan Markle’s Father Comments On Oprah Winfrey Interview, Admits They Have Not Spoken In Four...