Facebook is blocking searches for “Kyle Rittenhouse,” the gunman allegedly responsible for the killing of two protestors in Kenosha, Wisconsin Tuesday night. The behavior was first reported by Rolling Stone, but The Verge was able to confirm the block through direct testing. A search for the name returns no results, while a more general search returns a number of results with the shooter’s name included.

After Rittenhouse was identified and charged on Wednesday, Facebook removed his profile and blocked users from creating new profiles under the name, out of concern that copycat profiles might be used to spread disinformation. But blocking searches for the name is a more drastic measure, particularly at a time when interest in the details of the attack are at their peak. The platform does not appear to be blocking any content from being posted or shared, but it is apparently limiting its accessibility through search.

A search for the name returned no results. 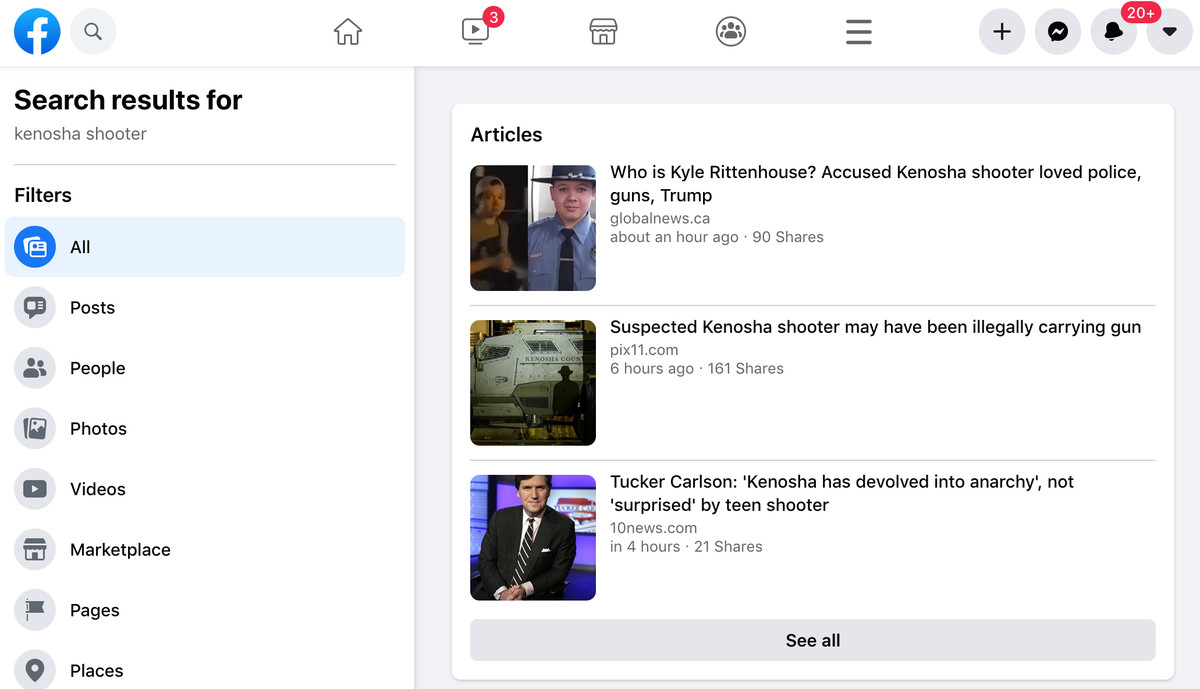 A search for “Kenosha shooter” turns up a variety of articles and posts that include Rittenhouse’s name.

Reached by The Verge, Facebook confirmed it was blocking searches, but downplayed the significance of the measure. “It’s not actually new,” a representative said. “We block searches for a ton of stuff – for instance, child exploitation content.”

In a previous statement on the shooting, the platform emphasized that it was taking proactive measures to limit harmful information in the wake of the incident. “We’ve designated this shooting as a mass murder and have removed the shooter’s accounts from Facebook and Instagram,” a Facebook representative said.

Rittenhouse has been at the center of a wave of controversy since he was identified on Wednesday by a flood of open-source intelligence gathering. The identification was confirmed when a warrant for Rittenhouse’s arrest was issued by a local police department.

A number of self-proclaimed militia groups, including the Kenosha Guard, have also been banned in the wake of the shooting, after having previously been deemed acceptable by Facebook moderators. Facebook says its internal investigation has produced no evidence linking Rittenhouse to the Kenosha Guard.

Loki Review: Time-Hopping Marvel Adventure Through the End of Worlds