The Spanish region of Galicia has effectively banned smoking in public places over concerns it increases the risk of Covid-19 transmission.

It has issued a blanket ban on smoking in the street and in public places, such as restaurants and bars, if social distancing is not possible.

The north-western region is the first to introduce such a measure, although others are considering following suit.

It comes as Spain faces the worst infection rate in western Europe.

Daily cases have risen from fewer than 150 in June to more than 1,500 throughout August. It recorded 1,690 new cases in the latest daily count on Wednesday, bringing the country’s total to almost 330,000.

Galicia’s smoking ban was announced in a press conference on Wednesday after experts recommended the measure to the regional government.

The move is supported by health ministry research, published last month, that outlined the link between smoking and the increased spread of coronavirus.

It said the risk was heightened because people project droplets – and potentially Covid-19 – when they exhale smoke.

It also said smokers risked infection in other ways, such as by touching their cigarette before bringing it to their mouth and by handling face masks when taking them on and off.

The research also pointed to the wider negative health effects of smoking. “It has been proven that tobacco use, in any of its forms, worsens the course of respiratory diseases,” it said.

“Current evidence indicates that smoking is associated with… a higher risk of developing a severe form of symptoms,” it added.

“Smoking with no limits… with people close by and without any social distancing (poses) a high risk of infection,” regional President Alberto Núñez Feijóo told the press conference on Wednesday.

“We know that this is an unpopular measure for smokers,” added Alberto Fernández Villar, a member of the clinical committee advising government, according to the El País newspaper. “But I believe we are in an exceptional situation.” 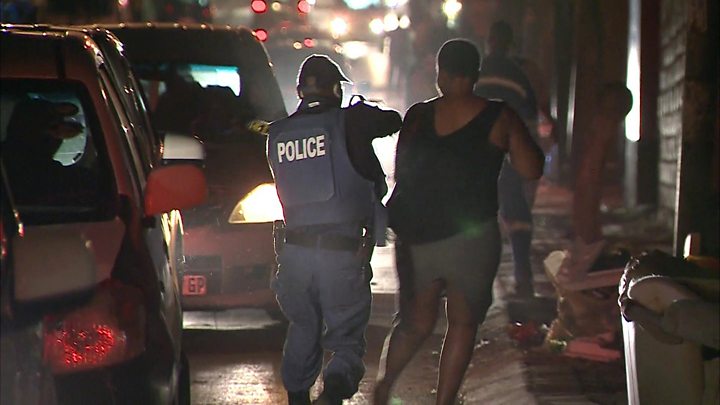 Similar measures have been imposed elsewhere, such as in South Africa where the sale of tobacco was banned at the end of March.

It justified the ban on health grounds based on advice from its own medical experts as well as from the World Health Organization (WHO).

And in the UK, a survey showed that more than one million people had given up smoking since the Covid-19 pandemic hit. UK government advice says smokers may be at risk of more severe Covid-19 symptoms.

Boosie Asks His Fans For Money – To SAVE HIS LEG From Amputation!

Violet Evergarden Season 2 Release date and much much more!! Catch up to every detail...

‘Marvel Runaways Season 4’: Are our runaways Alex, Chase, Gert, Nico, and others coming...