The Genki Covert Dock doesn’t look like a dock. It looks more like a wall brick that replicates the functionality of Nintendo’s much larger Switch Dock, but it’s small enough to stick into a pocket. It’s a great Switch accessory to have if you travel a lot and want to connect your console to a TV wherever you go.

That’s part of what makes it great. Another reason is that, unlike the slew of third-party dock alternatives sold on Amazon, the Covert Dock was made to use the same power spec that Nintendo’s dock uses. So you won’t run the risk of damaging your Switch over the long-term — or worse, bricking it. This one pulls the right amount of power from the outlet with its retractable prongs. It even comes with three international adapters, which is a nice bonus to have when you get the chance to travel again.

The Covert Dock is a little thinner and shorter than this 65W Aukey Omnia charger.

The build quality is also excellent, with matte-textured, translucent black plastic encasing the GaN-based innards, similar to what’s found on Nintendo’s Switch Pro controller. It’s even a little smaller than the 65W Aukey Omnia USB-C charger I have at home. Considering that this dock replacement is much more capable than the average power brick, it’s an impressive feat.

These perks come at a high $74.99 price, which is just a bit lower than the $89.99 that Nintendo charges in the US for its standalone dock. The latter also includes an HDMI cable and a power adapter. There’s no HDMI cable included with the Covert Dock, which is tough to understand given the price. But what makes the cost more palatable is that it can double as a laptop dock, which is something the standard dock can’t do. 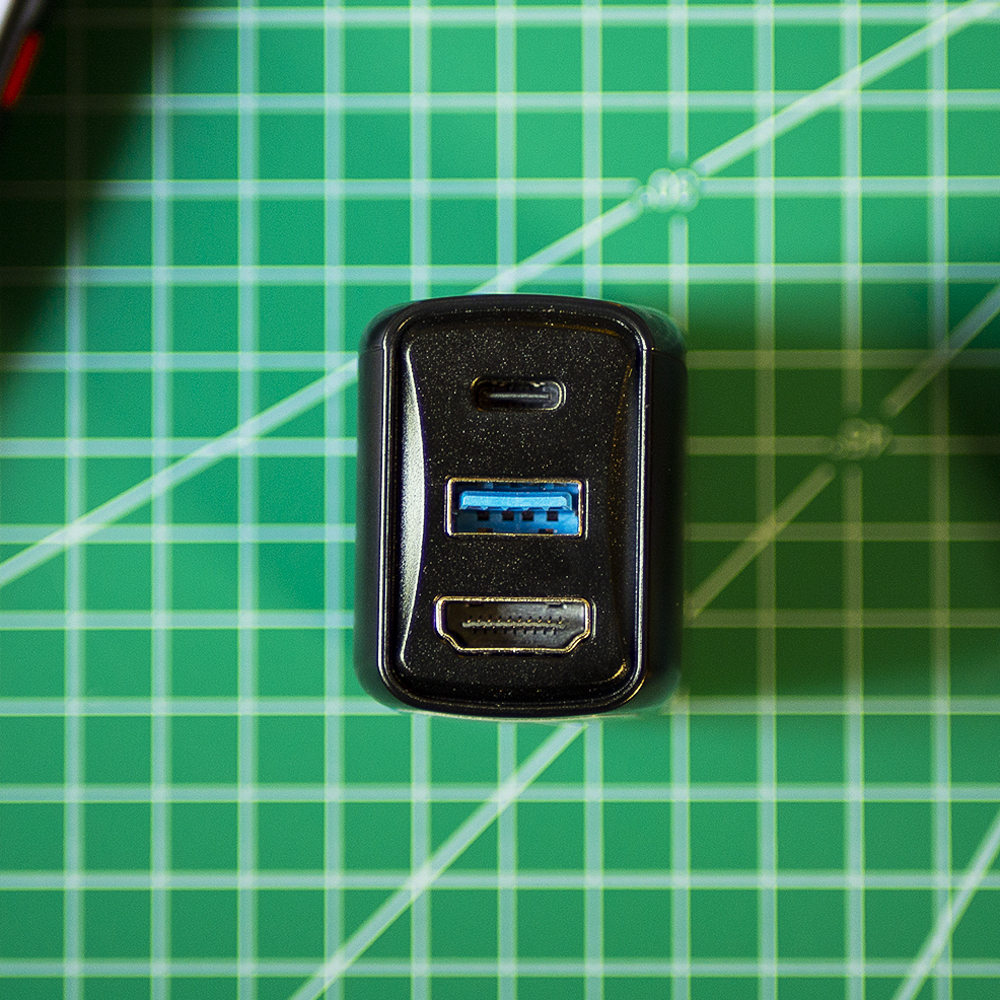 In fact, it’s possible that this dock might eliminate the need to bring several chargers on a trip. It has a single 30W USB-C PD port that you can use to keep your phone or laptop charged when you’re not using it to power the Switch. Having just one USB-C port isn’t great if you have multiple devices to charge at once — or a laptop that demands more power than the 30W USB-C port can provide. So there are instances in which it might not eliminate the need to bring another adapter.

In addition to charging devices, the USB-C port can be used in conjunction with the HDMI input to mirror or extend your device’s screen to a TV. It’s worth noting that it pushes out a maximum 1080p 60Hz signal, regardless of the fidelity of your content.

The Covert Dock also features a single USB-A port, which can charge a device. Alternatively, the port can be used for connecting accessories to your Switch, like a wired gaming headset, a receiver for compatible wireless headsets, or, if you have a laptop connected, a flash drive or USB to Ethernet adapter. It’d be great to have more ports, but if it came down to keeping the small size or having more ports, I’d pick the former over the latter. 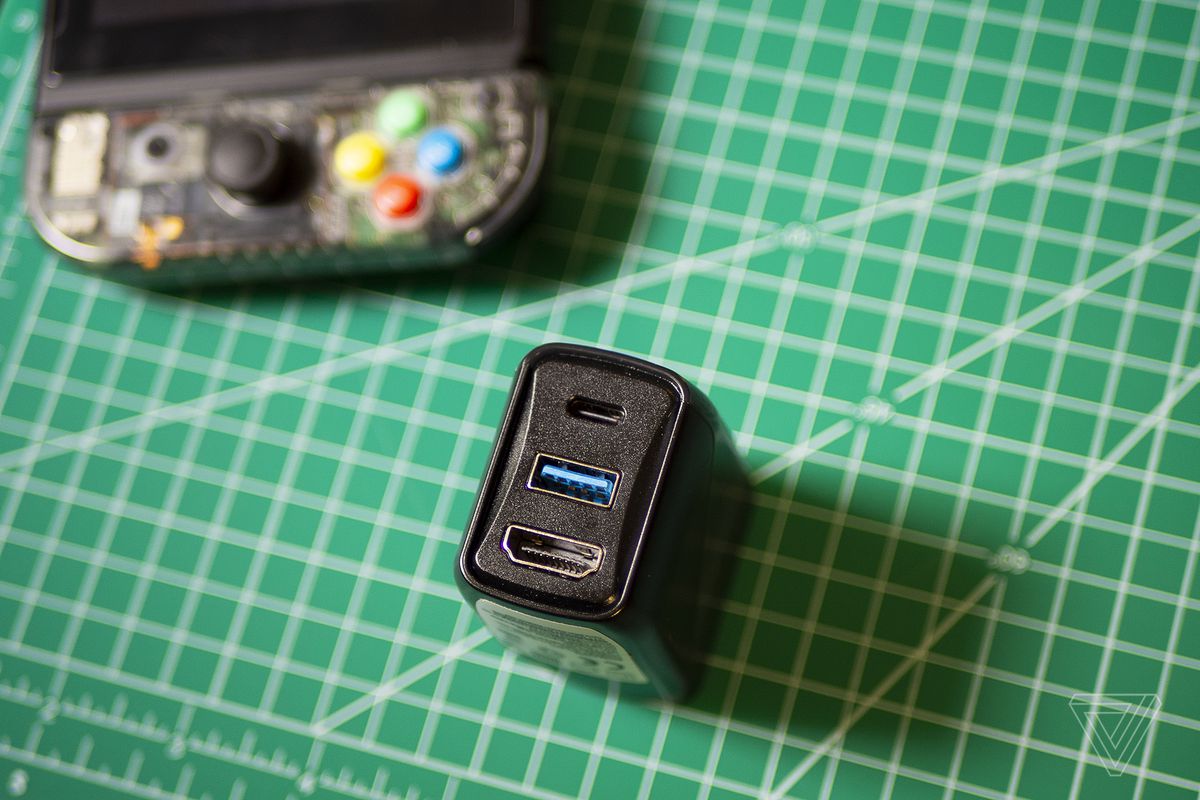 The portable dock includes a USB-C cable with one L-shaped side for better cable management, as well as three travel adapters.

Using the Covert Dock isn’t as elegant of an experience as the standard dock. Instead of sliding the Switch into place, you just plug the included USB-C cable (which has one L-shaped side for better cable management) into the console. As a result, if the entertainment center you’re setting the console on is small, you might have to put the Switch on the floor or in some other precarious position since there’s no cradle here. Having to stress about whether someone, or a pet, might pull the Switch off the shelf is a concern in my apartment when I’m using this portable dock. If there’s one thing that’s good about Nintendo’s design, it’s that it keeps things out of view and possible danger.

Despite its high price, the Covert Dock has a simple job, and it does it well. It lets me play the Switch using my TV just as well as the official dock does, and when I’m ready to go portable, the console is charged up for my journey. Plus, it serves as a laptop dock in a pinch. If you travel frequently or just want a convenient, pocket-friendly dock to bring along when you’re away from home, this is a great option.

Photography by Cameron Faulkner / The Verge

Marvel Cinematic Universe Upcoming Movies and Series: Phase 4 and Beyond

Google’s Nest Mini is only $19 at Adorama

Godzilla Vs. Kong Reactions Are In, Here’s What People Are Saying

Will the Japanese Animation ‘Violet Evergreen Season 2’ be renewed? Everything you want to know...