Right off the bat, I’m going to tell you that the A7S III’s spec sheet does not hit quite the same wow factor as the Canon R5’s. The Sony’s video recording resolution caps out at 4K, it captures still images at a comparatively paltry 12 megapixels, and its in-body image stabilization system corrects up to 5.5 stops of shake. Those specs are the same as the A7S II from five years ago. The Canon can shoot 8K video, has a 45-megapixel sensor, and boasts up to 8 stops of shake correction with its stabilization system.

Sony is apparently well aware of this lopsided comparison, so it is emphasizing the A7S III’s ability to shoot 4K video at up to 409,600 ISO, with over 15 stops of dynamic range. While Canon has had to contend with complaints of the R5 overheating from the moment it was announced, Sony says the A7S III will record 4K footage at 60 frames per second continuously for up to an hour without overheating, thanks to its new internal heat-dissipating structure. And like its predecessor, it will capture that footage in conditions dark enough to make virtually any other camera give up.

The A7S III has a fully articulating touchscreen, a first for Sony’s Alpha cameras. Its new EVF boasts a resolution of 9.44 million dots.Image: Sony

The A7S III’s video resolution limits are a direct result of Sony’s decision to continue to use a 12-megapixel sensor in the camera. While that sensor has much larger physical pixels than a higher-resolution chip (Sony says they are four times larger than on a 42-megapixel sensor), which allows the camera to shoot at much higher sensitivity to light, it does mean that the highest-resolution video the camera can record is 4K. Sony would have to use at least a 33-megapixel sensor in order to do 8K recording. Photographers who primarily shoot still images will also likely want to opt for Sony’s A7 III or A7R III, which have much higher resolutions but fewer video capabilities than the A7S III.

The A7S III can record up to 120 frames per second in 4K or up to 240 frames per second in 1080p. The camera supports both the tried and true H.264 recording format as well as the newer H.265 HEVC format for better image quality. You can shoot 10-bit 4:2:2 HLG HDR video right in camera, or 16-bit RAW video to an external recorder. The new backside-illuminated sensor is said to have better high ISO performance than its predecessor and has 759 phase detection autofocus points. The camera features Sony’s impressive real-time eye autofocus and tracking in all modes, still or video. 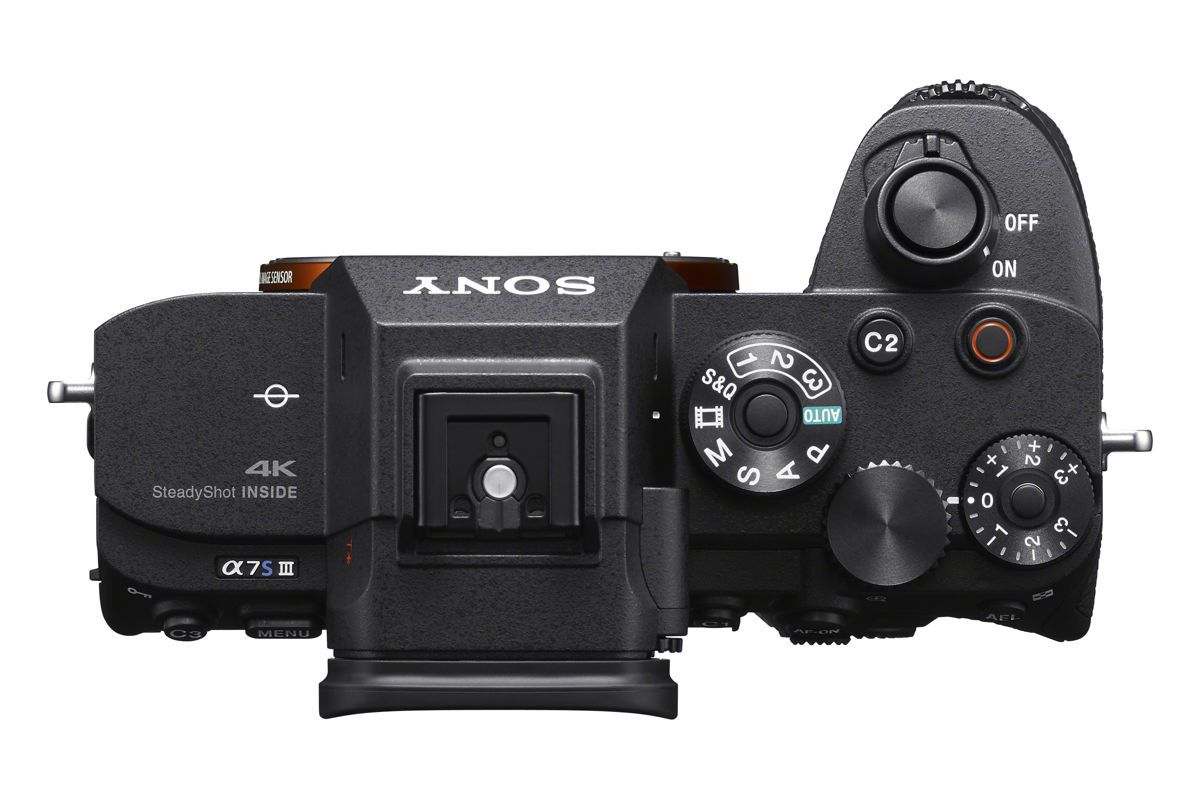 The A7S III will feel familiar to Sony photographers.Image: Sony

Sony bests Canon with its new 9.44 million-dot viewfinder, which is nearly twice the resolution of anything else available. Also new is a fully articulating touchscreen display, a first for Sony’s Alpha mirrorless cameras. The A7S III has two card slots, both supporting UHS-II SD cards and the new CF Express Type A format. Sony says the A7S III’s battery, which is also used by the A7R III and A7 III, offers 60 percent longer record times than the A7S II’s battery.

Finally, Sony says it has fully redesigned its menu system to be easier to navigate and control by touch. The camera’s menu screens and settings can also be customized for either still or video and switched between at will.

While the A7S III will certainly be a formidable video camera and will please those who have been waiting years for an update to the A7S II, it feels like Sony isn’t really pushing the envelope like it did with previous versions of the A7S. The prior A7S cameras hit the market with low-light capabilities that were unheard of at the time. The A7S III just does more of the same resolution and ISO, albeit with an allegedly cleaner output. It’s iteration as opposed to innovation.

Canon certainly has its challenges with the R5, and there is fair criticism to be made about whether we “need” 8K video recording at this point at all. Sony is betting that we don’t, at least for now, and is confident that the A7S III will be the best 4K video camera in its segment. You’ll be able to confirm that yourself when the camera arrives on shelves in September for about $4,000.

Why even the studios behind bestselling games shut down

The Acer Spin 7 is the first laptop with Qualcomm’s new Snapdragon 8cx Gen 2...

Lizzo’s FINALLY Got A Man – He’s A Popular FAT RAPPER!!

Here are all the AirTag accessories we know about