NPCs were a big part of the first two Watch Dogs games; their colorful histories and biographical snippets would pop up when you scanned anyone in the game world, mostly for comedic effect. But in Watch Dogs Legion, Ubisoft is taking that potential and expanding it into a core part of the game — or at least, it’s trying to.

The idea is simple: all those NPCs, with all their strengths and weaknesses, are now actual playable characters that can be recruited as part of your hacktivist army. Need to sneak into a building site? Recruit a construction worker who can sneak in undetected. And with procedurally generated characters, Ubisoft says that the number of potential recruits ranges in the millions.

Unfortunately, for all the hype, after playing three hours of Legion, it doesn’t do enough to differentiate its myriad characters from each other. One of my recruits, an elderly spy, handles exactly the same as a spry young hitman for hire or a football hooligan. The main differences are the two or three perks that each character comes with and their default gadget.

‘Legion’ doesn’t do enough to differentiate its myriad characters

There are clear archetypes: construction workers all feature a nail gun, a wrench, and a cargo drone, while spies come with a silenced pistol and a James Bond-style car, which can be summoned to their location and has missiles and an invisibility function.

Ubisoft also definitely pushes players toward recruiting particular NPCs. Most of the random characters walking around feature minor perks (shopping discount loyalty cards were particularly common), no benefits at all, or even purely detrimental characteristics (like being out of shape or a heavy drinker, which offer tangible in-game downsides). Other characters — which Legion will outright point players toward by occasionally highlighting them in the game world — are clearly “main” characters with distinct perks and useful abilities like unique weaponry, improved hacking skills, or advantages in combat and stealth.

With the limited demo time I had, I couldn’t see how far Ubisoft goes in making characters distinct — particularly when it comes to things like voice actors, given that whichever recruit you’re playing as will also appear in fully voiced cutscenes. However, even in my relatively short time with the game, I had already started to see elements repeat. Multiple potential recruits had palette swapped missions to get them to join my team, and even the limits of Ubisoft’s character generator were apparent, with several of my potential characters looking oddly similar to each other. 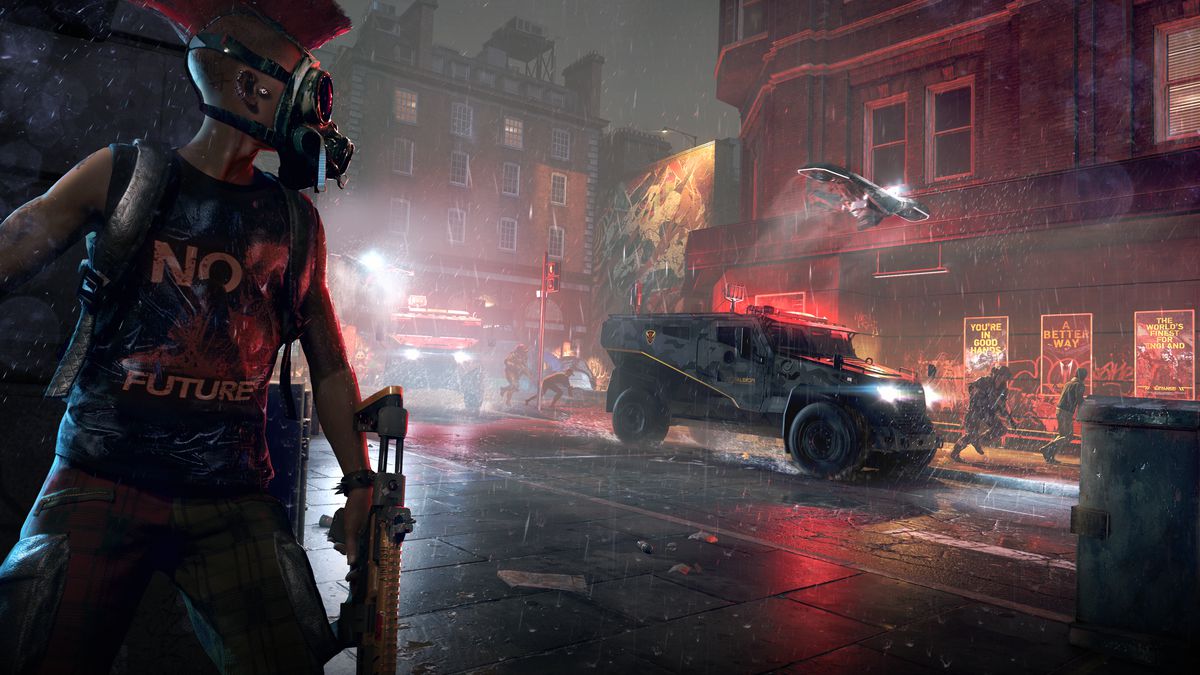 Even with those differences, the character system is pretty restricted in what you can actually do with it. You can’t swap between your recruits on the fly. While Watch Dogs: Legion’s pitch brings to mind the ability to switch freely between a sneakier hacker to get into a building before calling in your combat specialist to fight off your enemies and then swap over to your getaway driver with perks for dodging traffic, the reality is much more tame. You can select and switch between characters whenever you’d like, but doing so reloads the game (and resets your mission to the last checkpoint). “Die” in a mission, and your character will either be detained or hospitalized, switching you to another character and setting a real-world timer of about 20 to 30 minutes before you can use them again. (Legion does offer an optional permadeath mode that in theory ups the stakes, but I didn’t get a chance to try it out.)

The whole thing feels far less ambitious and fleshed out compared to the original vision of the game Ubisoft showed off at E3 2019. The initial rendition had different character classes (enforcers, hackers, and infiltrators) who excelled at different tasks and a progression system with character levels that would unlock new abilities over time — deeper elements that have since been cut from the final version.

That false distinction bleeds over into other aspects of gameplay, too. The game makes a point of giving players access to a wide range of lethal and non-lethal weaponry, but in actual combat, the game neither penalized nor even had enemies strongly react to whether I chose to mow down their comrades or stun them with a taser. Which weapons a character has is a key distinguishing feature, but they all feel pretty similar to use in practice.

Putting aside the unique character system, the rest of the gameplay continues to build on the Grand Theft Auto-style foundation of the series. Much of your time in Legion is spent driving around London, hijacking cars as you see fit, and trying to avoid too much police attention. (As in previous games in the genre, there’s an escalating police meter for when you’re violating the law.) Given that Legion is a new Watch Dogs game, there’s of course the extra hacking layer on top, which works similarly to the systems in the first two titles, allowing you to remotely move cars out of your way, trigger traffic barriers, and crash drones.

‘Watch Dogs: Legion’ is packed with tools and toys to play around with

Like any good sandbox game, Watch Dogs: Legion is packed with tools and toys to play around with — there’s plenty of fun to be had in just driving around London, scanning NPCs to find interesting recruits or fun bits of information, and hacking everything in sight. It also means that the game tends to encourage players to use those tools in more measured, stealthy approaches during missions. Running in guns blazing will likely get you killed, in addition to just being far less fun.

On the story side of things, Legion also continues the lighter tone of the previous game — players work with hacker collective DedSec, which has been blamed for a massive bombing of London that was actually perpetrated by a different underground hacking group, called Zero Day. In the aftermath, London is taken over by a privatized military police group called Albion, against which players will battle to retake control of the city for the people. (Albion very unsubtly has its logo plastered all over the city, including landmarks like Tower Bridge. It also has a main base at the Tower of London itself, because it’s that kind of game.) In typical Ubisoft fashion, none of this is meant to be political, of course. 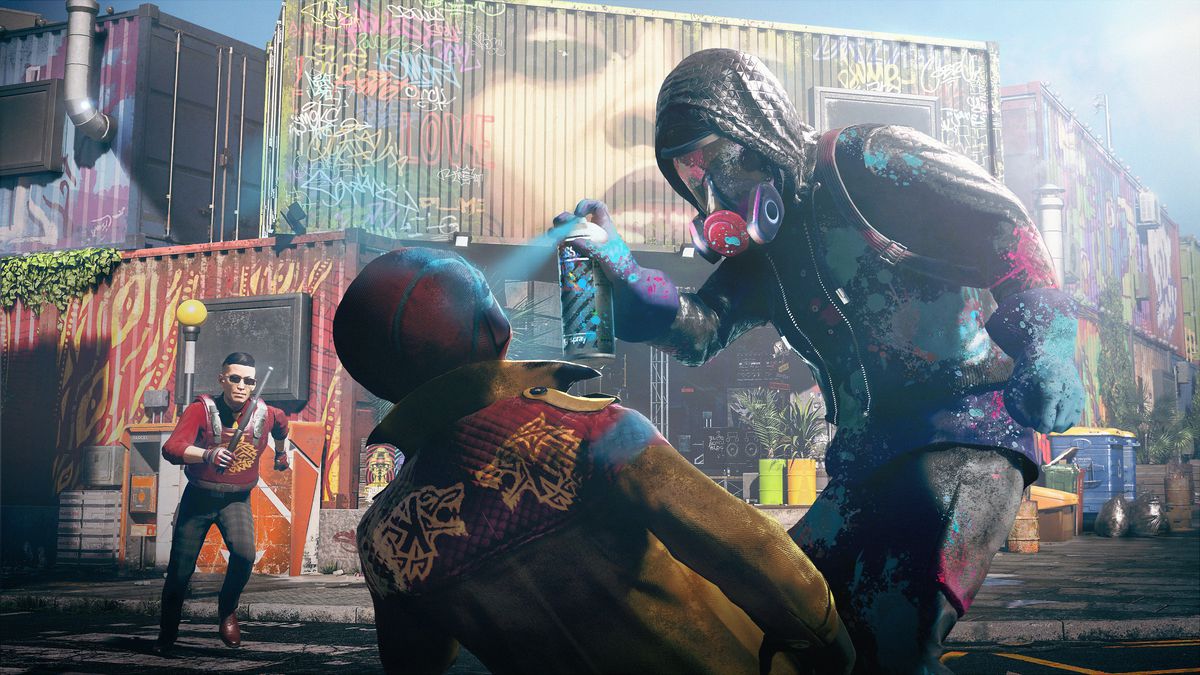 Again, there’s a lot more of Watch Dogs: Legion than my initial demo got to explore. But based on what I’ve seen so far, the innovative NPC system is more flash than substance on top of what otherwise feels like a pretty standard sequel for the open-world franchise.

Watch Dogs: Legion will be out later this year for PC, PlayStation 4, Xbox One, and Google Stadia. PlayStation 5 and Xbox Series X versions of the game are also expected to be released this holiday season.

The Transcendent Kingdom by Yaa Gyasis. Look into the details.