US President Donald Trump has ordered the creation of a “National Garden of American Heroes” to defend what he calls “our great national story” against those who vandalise statues.

His executive order gives a new task force 60 days to present plans, including a location, for the garden.

He insists the new statues must be lifelike, “not abstract or modernist”.

A number of US statues have been pulled down since the police killing of an unarmed black man, George Floyd in May.

Monuments linked to the slave-owning Confederacy during the Civil War in America have been especially targeted in the nationwide protests ignited by the death of Floyd in Minneapolis, Minnesota, after a white police officer knelt on his neck for nearly nine minutes.

President Trump has defended Confederate symbols as a part of American heritage.

In a speech to mark Independence Day at Mount Rushmore, he condemned the anti-racism protesters who toppled statues.

He said America’s national heritage was being threatened – an emotive appeal for patriotism.

The garden – to be in a place of natural beauty near a city – is to be opened by 4 July 2026, Mr Trump’s executive order says. State authorities and civic organisations are invited to donate statues for it.

President Trump’s choice of historical figures to be commemorated in the garden is likely to be controversial.

Controversially, Mr Trump includes non-Americans who “made substantive historical contributions to the discovery, development, or independence of the future United States”.

So the garden can have statues of Christopher Columbus, Junipero Serra and the Marquis de Lafayette.

Columbus and the Spanish Catholic missionary Serra are far from heroic for Native Americans, because their “discoveries” led to the enslavement and exploitation of indigenous people by white colonists.

America’s early economic development also relied on slavery – which makes some of the traditional national heroes dubious for African Americans.

The Marquis de Lafayette, a French aristocrat and military commander, led American troops in key battles against the British in the American Revolution. 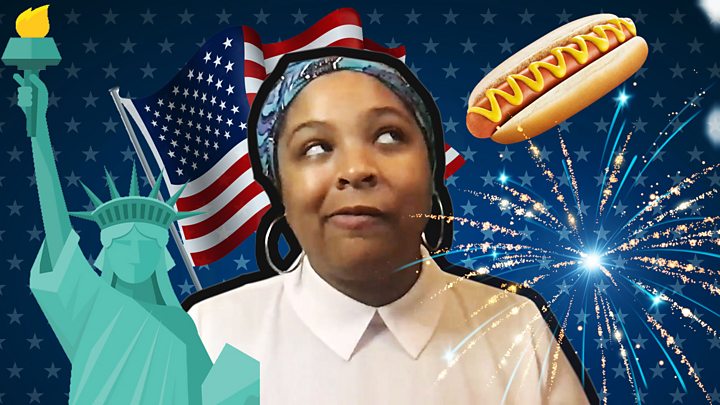 What did President Trump say in his speech?

It was a highly symbolic setting for the speech: Mount Rushmore, in South Dakota, features the carved faces of four US presidents, two of whom – George Washington and Thomas Jefferson – were slave-owners.

It also stands on land that was taken from the indigenous Lakota Sioux by the US government in the 1800s.

President Trump railed against the “cancel culture” of those who toppled monuments during recent anti-racism protests.

He condemned those who targeted statues as “angry mobs”.

Mr Trump accused protesters of “a merciless campaign to wipe out our history, defame our heroes, erase our values, and indoctrinate our children”. “We will not be silenced,” he said.

The president, who has been heavily criticised for his handling of the US coronavirus pandemic, made little reference to the disease that has now claimed almost 130,000 American lives.

The US recorded its largest single-day rise in coronavirus infections on Friday, bringing the total to more than 2.5 million – the most of any country.

Masks and social distancing were not mandatory at the Mount Rushmore event, despite warnings by health officials.

Native American groups criticised Mr Trump’s visit for posing a health risk, and for celebrating US independence in an area that is sacred to them.

Many Native Americans do not celebrate Independence Day because they associate it with the colonisation of their tribal homelands and the loss of their cultural freedoms.

Russia satellite: Kremlin accuses US and UK of ‘distorting’ truth