Voting has been taking place since last Thursday

With all the ballots counted, 77.9% voted for the reform package and 21.3% against, the electoral commission said.

The reforms will reset Mr Putin’s term limits to zero in 2024, allowing him to serve two more six-year terms.

Opposition figures denounced the vote, saying he was aiming to be “president for life”, a claim Mr Putin denies.

He is already the longest-serving leader in modern Russian history since Soviet dictator Joseph Stalin.

There was no independent scrutiny of the seven-day vote, and copies of the new constitution appeared in bookshops during the week.

By spreading out the vote, because of the coronavirus infection risk, the authorities made any monitoring of it more difficult. 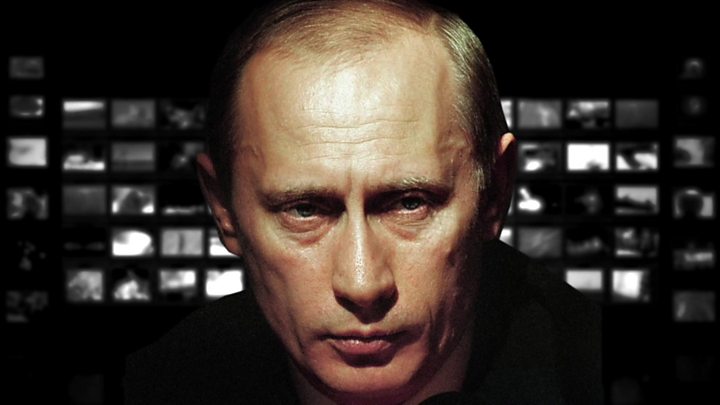 Top Kremlin critic Alexei Navalny described the results as a “big lie” which did not reflect real public opinion in the country.

Golos, an independent Russian election monitoring group, has castigated the vote, alleging there were many violations of democracy.

Its criticisms include: opponents were barred from campaigning in the media; remote electronic voting was organised on an illegal basis; election monitors were appointed by the Civic Chamber – a government body.

Golos describes it as “just a PR exercise from the very start” and says “there was no legal need for it”. The vote “will go down in history as an attack on the sovereignty of the people”.

The reforms include a ban on same-sex marriage – by defining marriage as between a man and a woman – and introducing a reference to Russia’s ancestral “faith in God”.

Election officials say turnout was 65%. The highest levels of support – above 90% – were in Crimea, annexed by Russia from Ukraine in 2014, in Chechnya in the North Caucasus, and Tuva, in Siberia.

Mr Putin, aged 67, has not said he will run again for the presidency when his latest term runs out in 2024 – but has said it is vital he has the option to do so.

He has been in power in Russia, either as president or prime minister, for 20 years.

Mr Putin and his supporters say the reforms – more than 200 changes – are needed to ensure national stability.

In New York 816 voted at the Russian consulate and 505 rejected the reforms, while 310 voted for. The other voting district where a majority were against was Nenets, in Russia’s remote Arctic.

Preliminary results were released hours before the last polling stations closed at 18:00 GMT in the western enclave of Kaliningrad, in the vast country spanning 11 time zones.

Before the vote had ended, the internal affairs ministry said there had been no violations that could affect the result, Interfax reported. But Golos said it had received some 2,100 reports of possible violations.

The final results show 65% voted yes to the reforms in Moscow, and 77.6% in St Petersburg.

Both Russia’s houses of parliament have already adopted the changes, but President Putin ordered a public vote in a bid to legitimise the reforms. It was delayed from April due to the coronavirus outbreak.

But this vote was far more subdued, with temperature checks at the door and staff handing out facemasks against the coronavirus.

There were plenty of strong feelings, though.

Twelve of the 20 people we spoke to at one city-centre polling station were fed up with the “eternal rule” of their president. One woman called this a “sad day for democracy and liberal values”; another wanted an extra tick-box on the ballot paper so she could vote not just “against” but “categorically opposed”.

Other Muscovites said they were drawn to the poll by the patriotic wrapping around the one central reform for the Kremlin. Voting never to relinquish control of Crimea, for example, and to protect Russia’s “historical truth”, they were also happy with Vladimir Putin staying on in power.

As one older man put it – if the captain of a ship is steering the right course, why change him? The preliminary count suggests the majority of people voting this week agree.

Some protesters gathered on Wednesday to demonstrate against the vote

The amendments cover dozens of existing articles, and add several new ones. They fall broadly into three categories and many enshrine things in the constitution that are already federal law:

Banning any action aimed at the “expropriation” of Russian territory, or calls for that.

Protecting the “historical truth” of the Great Patriotic War (1941-1945) and banning any “belittling” of the feats of those who fought.

Protection of the institution of marriage as the union of a man and a woman.

Refers to Russians’ faith in God, as handed down by their ancestors.

Pensions to be index-linked.

Forming a “responsible attitude” to animals.

State Council to set “direction of domestic and foreign policy and socio-economic priorities”.

In the case of a person already holding the presidency, previous terms will not count – the so-called “zeroing” of Vladimir Putin’s terms so far.

Despite Changing Movie Schedules, Sonic The Hedgehog 2 Has An Official Release Date