Hong Kong is marking 23 years since British rule ended as a new “anti-protest” law, imposed by Beijing, comes into effect.

The national security law targets secession, subversion and terrorism with punishments up to life in prison.

Hong Kong was handed back to China from Britain in 1997, under an agreement supposed to protect certain freedoms for at least 50 years.

But critics say the law is the “end of Hong Kong”, and stops those freedoms.

“(China) promised 50 years of freedom to the Hong Kong people, and gave them only 23,” US Secretary of State Mike Pompeo said.

The city’s leader, however, said the law would “restore stability” after widespread protests in 2019.

“The (new law) is considered the most important development in relations between the central government and Hong Kong since the handover,” said Chief Executive Carrie Lam.

At the same time, a Chinese official bristled at foreign critics, asking them: “What’s this got to do with you?”

“We Chinese will not be scared by anyone,” said Zhang Xiaming of the Hong Kong and Macao Affairs office of the State Council. “Gone are the days when we had to take cues from others.”

Will there be mass protests on the anniversary?

A pro-democracy protest is held each year on the anniversary, typically attended by tens or hundreds of thousands of people.

But for the first time since the handover, authorities banned the march – citing a ban on gatherings of more than 50 people because of coronavirus.

Some activists have pledged to defy the ban and march later in the afternoon.

“We march every year… and we will keep on marching,” pro-democracy activist Leung Kwok-hung told Reuters.

Photos on social media – confirmed by police as genuine – showed a flag being used to warn protesters about the new law.

One pro-democracy activist warned there was a “large chance of our being arrested”.

“The charges will not be light, please judge for yourself,” said Tsang Kin-shing of the League of Social Democrats.

Police officers in the city are on standby, insiders told the South China Morning Post. They said around 4,000 officers were poised to handle any unrest.

What does the new law say?

Under the new law, crimes of secession, subversion, terrorism and collusion with foreign forces are punishable by a minimum sentence of three years, with the maximum being life.

Protesters often targeted city infrastructure during the 2019 protests, and under the new law, damaging public transport facilities can be considered terrorism.

Beijing will also establish a new security office in Hong Kong, with its own law enforcement personnel – neither of which would come under the local authority’s jurisdiction.

The law can also be broken from abroad by non-residents, under Article 38.

This could mean that foreigners could be arrested if they step into Hong Kong, if they are suspected of breaking the new law.

Some critics feared the law would apply retroactively – that is, to offences committed before the law was passed – but Mr Zhang said that would not be the case.

He added that suspects arrested in Hong Kong on charges of violating the law may be tried on the mainland.

Under the national security law, many of the acts of protest that have rocked Hong Kong over the past year could now be classed as subversion or secession… and punished with up to life in prison.

The city’s pro-Beijing leader, Carrie Lam, said the law was long overdue. Political activists have resigned and one pro-democracy protester, who asked to remain anonymous, told me that ordinary people are now deleting posts on social media.

One contact of mine, a lawyer and human rights activist, sent me a message shortly after the law was passed. Please delete everything on this chat, he wrote

What was the reaction?

“Hong Kong demonstrated to the world what a free Chinese people could achieve – one of the most successful economies and vibrant societies in the world” he said.

“But Beijing’s paranoia and fear of its own people’s aspirations have led it to eviscerate the very foundation of the territory’s success.”

Meanwhile, Canada has updated its Hong Kong travel advice, saying: “You may be at increased risk of arbitrary detention on national security grounds and possible extradition to mainland China.” 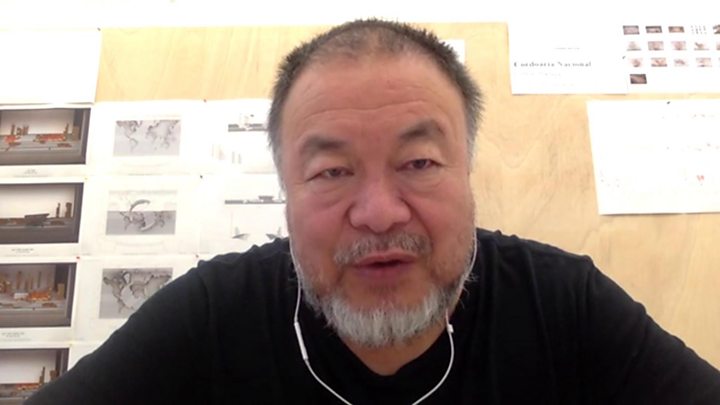 Minutes after the law was passed on Tuesday, pro-democracy activists began to quit, fearful of the punishment the new law allows.

“With sweeping powers and ill-defined law, the city will turn into a secret police state,” said Joshua Wong, a pro-democracy leader.

The political party he co-founded – Demosisto – was also disbanded.

One opposition legislator told the BBC said the move had taken away the city’s rights.

“Our rights are (being) taken away, our freedom is gone, our rule of law, our judicial independence is gone,” said opposition legislator Ted Hui.

In the US, lawmakers from both parties have launched a bill to give refugee status to Hong Kong residents at risk of persecution, reported local media outlets.

Taiwan’s government has said it would set up a special office to help those in Hong Kong facing immediate political risks.

Marvel’s Shang-Chi Has Finally Wrapped, And The Cast And Crew Are Celebrating With Sweet Posts

Anthony Ramos: 7 Great Things To Know About The Hamilton Star