Germany’s defence minister says she has ordered the partial dissolution of the elite KSK commando force, which has come under growing criticism over right-wing extremism in its ranks.

Annegret Kramp-Karrenbauer told a newspaper it had become partly independent of the chain of command.

In May, police seized explosives and weapons at the home of a KSK soldier.

In January, military intelligence said there were almost 600 suspected far-right supporters in the army last year.

They also said the KSK (Special Forces Command) was seen as a particular problem, with 20 members of the elite force suspected of right-wing extremism.

The KSK had “become partially independent” from the chain of command, with a “toxic leadership culture”, Ms Kramp-Karrenbauer told the Sueddeutsche Zeitung newspaper.

The minister set up a working group in May to examine the problem, and the group presented a report on its findings on Tuesday.

The KSK “cannot continue to exist in its current form” and must be “better integrated into the Bundeswehr (German army)”, said the report, seen by the AFP news agency.

One of the force’s four companies, where extremism is said to be the most rife, will be dissolved and not replaced, the minister said.

“Anyone who turns out to be a right-wing extremist has no place in the Bundeswehr and must leave it,” she told German radio.

KSK operations will be moved to other units as far as possible, and it will not take part in international exercises and missions until further notice.

Ms Kramp-Karrenbauer said the latest findings – including the disappearance of 48,000 rounds of ammunition and 62kg (137lb) of explosives – as “disturbing” and “alarming”.

An internal investigation is due to determine whether those items were stolen or are missing due to sloppy bookkeeping.

The unit was founded in 1996, and has some 1,000 soldiers trained for crisis situations such as freeing hostages abroad, which had not been possible until then without assistance from other countries’ forces.

Nazi memorabilia was found at two military barracks in 2017

The military’s problem with far-right supporters emerged in 2017.

Inspections were ordered on all military barracks when Nazi-era memorabilia was found at two of them. Many of those suspected of far-right links are thought to be sympathetic to Germany’s main opposition AfD party. 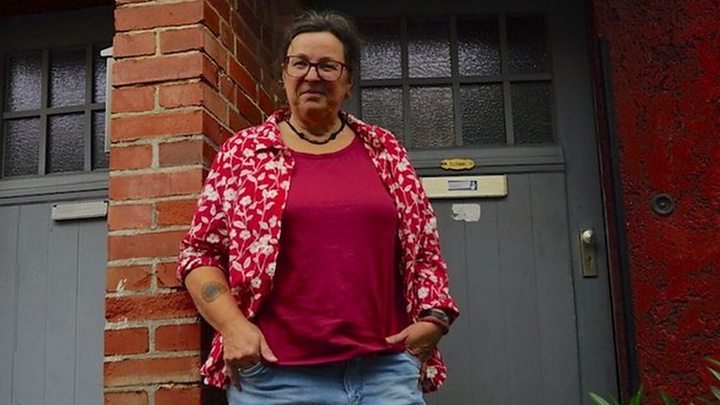