There is a question moving in everyone’s head. That is whether Halston Sage left the sho ‘The Orville’. Let us know the answer to this question. The Orville is a comedy sci-fi show that airs on Fox. This show aired for the first time in 2017.

Firstly it was Alara who left the show. This was because of her characterization of having too much strength, so she had to leave the team. Alara recognized that she was becoming weak, and her body was not supporting lower gravity. To regain her strength, she moves to Zelaya. In the process of recovering, she gets to talk to her family. Her family wasn’t agreeing to join the military at first. Orville’s executive doctor suggests that Alara requires treatment and would take time for her recovery. So she is staying in Zelaya.

This is why Alara exited The Orville. The question is why Halston Sage left the show. There is no exact answer to this. Neither from the makers gave an answer too. Once when Sage was asked about this, she said that “It wasn’t about a choice. It was what was best for the show at the time.” 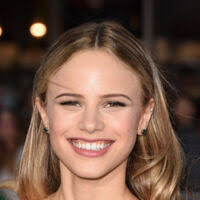 It is not clear will Sage makes a re-entry. If you remember for a small story plot, Alara had to play a small part and reappeared. Will anything like that happen is still a question. The executive producer in an interview, when asked about Sage he said that everyone would love to have her back. Right now Sage is busy in her projects she is also starring in a crime series Prodigal Son. I think Sage’s return to the show is not that easy. For further updates, stay tuned, folks…

Accuser Says TI and Tiny Forced Her To Sleep With Rapper Nelly! (Details)

Attack on Titan Season 4′: Release Date, Characters( Eren and Mikasa), Plot and all the...