One Direction is a famous pop band that was formed in 2010. This band has five singers Liam Payne, Zayn Malik, Niall Horan, Louis Tomlinson, and Harry Styles. Many hit and popular albums are released under this brand like Drag me down, Story of my life, What makes you beautiful, Best song ever, and many others. Later, Zayn Malik left the team. After that, many songs are not released from One Direction.

Liam Payne congratulated Zayn Malik and his girlfriend Gigi Hadid for soon getting their first child. He conveyed his wishes through Instagram as the platform. In Instagram Live, he congratulated the couple who are expecting to have a baby girl this September.

Liam is the first one to congratulate Zayn on behalf of this good news. Liam himself is a father to a three-year-old son Bear.

The news of Gigi’s pregnancy is confirmed by Gigi in an interview. She said that she is going through a wonderful time and a beautiful phase. This is about her pregnancy and getting a baby soon. 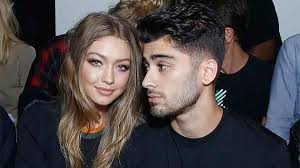 Now both the singer’s Zayn and Liam will be moving forward into parenting and steps of fatherhood. Liam already had a baby in 2017. Fans of both the singers are really happy after this big news. They were excited about the bond Liam and Zayn are sharing when Liam congratulates Zayn, and he is happy for them—congratulating Zayn and Gigi on their baby. I hope that both Zayn and Liam will enjoy the phase of fatherhood and make more memories and cherish them. The baby girl will be looking so adorable, having features of Zayn and Gigi. Let us wait for her to enter the world. Till then, stay tuned, folks.

Ray Fisher’s Cyborg: A Timeline Of The Justice League Controversy And His Potential DCEU Exit

How Much Russell Crowe’s Unhinged Made The First Weekend Major U.S. Theaters Were Open

Happiest Season Ending: How Aubrey Plaza Feels About How She And Kristen Stewart’s Characters Ended

Dang, Rebel Wilson Looks Great As She Reveals She’s Only A Few Pounds Away From...